Friday, May 20
You are at:Home»News»Sarawak»Ministry turns down request to increase lorry loads 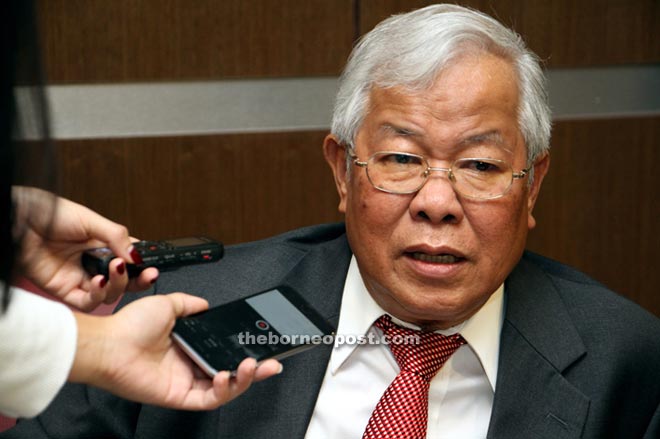 KUCHING: Minister of Infrastructure Development and Communication Dato Sri Michael Manyin Jawong has turned down the request from Sarawak Quarries Association (SQA) to increase the maximum load of lorries in the state.

The minister explained that this was not possible as the state’s roads were designed to support maximum weight of nine tonne trucks and any load heavier than that would damage the roads.

He was responding to a question by SQA president Simon Lau during a seminar organised by the association in conjunction with TCIMT Only Off-Road Vehicle launch here yesterday.

“If we allow heavier loaded lorries on the road, we need to re-design and rebuild the road as heavier trucks will break up the existing roads,” he said.

He advised lorry operators to comply with rules and laws as the government was aware that some of them had been overloading their lorries.

He also disclosed that in the next six years, the state would receive an allocation of more than RM18 billion and that construction of the Pan Borneo Highway had started.

It is expected to be completed by 2021. The state government had requested the federal government to engage Sarawakian contractors, designers and other professionals to be involved in this project, said Manyin who is also Tebedu assemblyman.

On another issue, Manyin said the Stage Bus Service Transformation Programme is expected to be implemented early next year.

“Kuching is one of the seven cities in Malaysia for this project to improve the delivery of public bus service. The five bus companies are forming a consortium and have started buying new buses. It needed about 100 buses to cover the route of 500 kilometres,” he said.

He said Minister in the Prime Minister’s Department Nancy Shukri would manage the implementation in Kuala Lumpur and things should be moving smoothly.

Previous Article‘Act against those who do open burning’
Next Article STU chief: No need to import Indian teachers