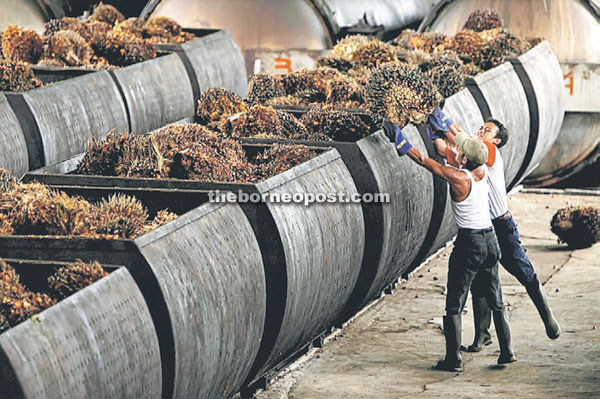 The new minimum wage will be implemented in all sectors, except for domestic services or domestic maids.

The new minimum wage will be implemented in all sectors, except for domestic services or domestic maids.

“We are not surprised by this as we had highlighted the possibility of this in our previous plantation note,” said analyst Ivg Ng from CIMB Research in its latest sectoral outlook yesterday.

“We view this to be negative for planters, as a higher minimum wage will raise their costs of production (COP), unless it is offset by productivity gains.

“The consolation is that the minimum wage will only be effective from July 1, 2016 and the 11 to 15 per cent increment is not as steep as the last round of major wage hike for Malaysian estates workers of RM200 per month, which occurred in 2011 to 2013.”

AmResearch Sdn Bhd in a separate note yesterday estimated that crude palm oil production would be increased by less than RM20 per tonne following the minimum wage hike.

This would likely lead to potential earnings cuts of up to three to five per cent per annum.

“Among planters under our coverage, those with large estates exposure in Malaysia and derive most of its earnings from its upstream palm oil business will be most affected by this news,” the analyst added.