Friday, December 3
You are at:Home»News»Sarawak»300 local trainee puppeteers strive to make it into the Malaysia Book of Records 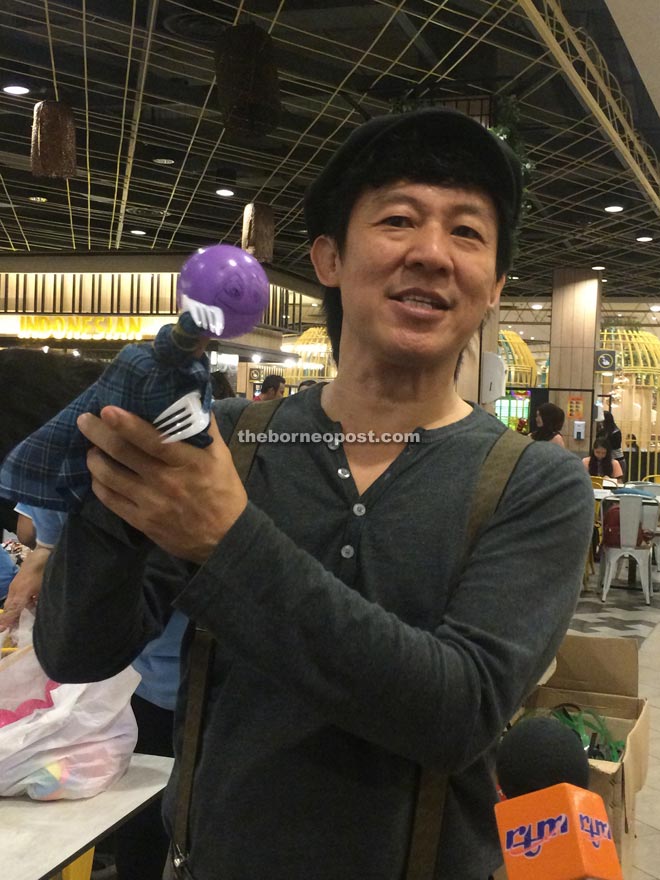 Yeo with a simple puppet that he created to show reporters how simple it is to make one. 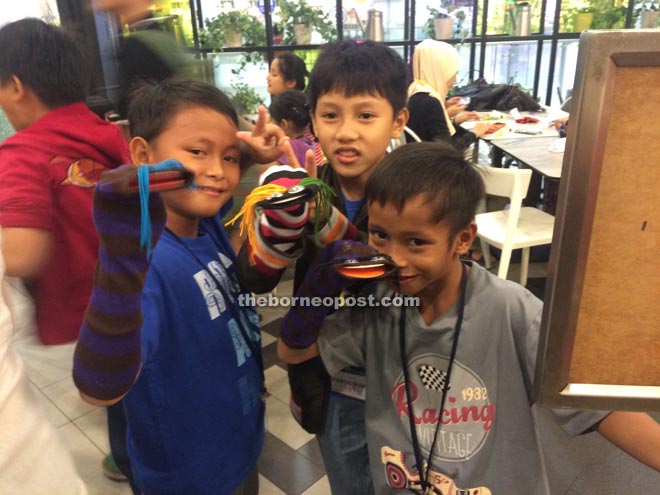 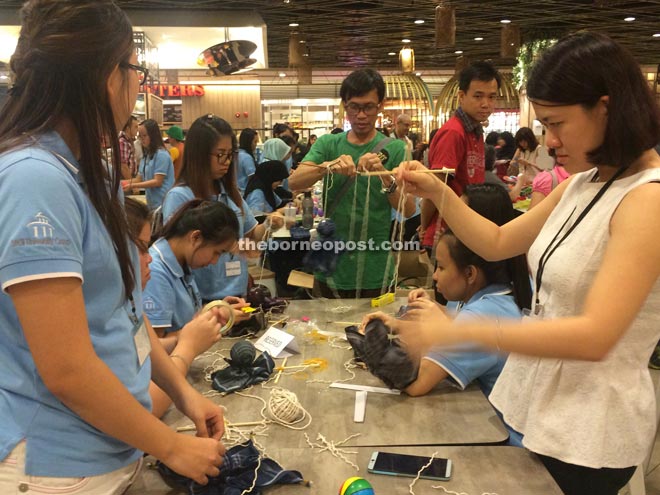 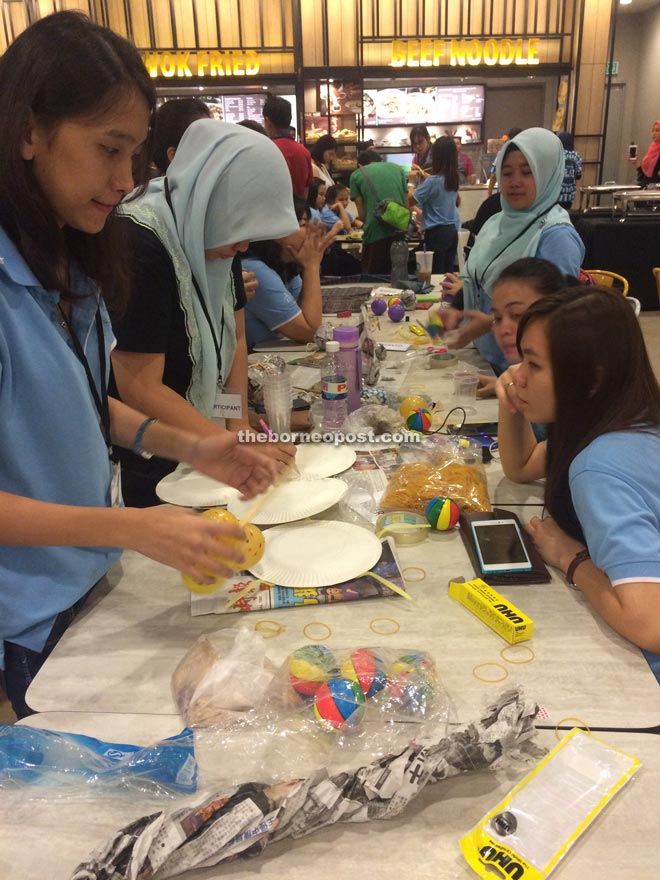 Another group working on their puppets during the workshop.

KUCHING: Fun and organised chaos seemed to be the order of the afternoon as over 300 local participants built simple puppets in their attempt to enter The Malaysia Book of Records for ‘The Most Puppets at One Show’.

The feat, run as part of the Rainforest World Puppet Carnival 2015, had participants from various schools, institutions of higher learning and members of the public taking over a section of the Food Bazaar at The Spring here and forming different groups to create puppets out of everyday items.

The workshop on ‘How To Make Puppets’ was facilitated by a team from Singapore Mascots and Puppets Specialists (MAPS), and Malaysian Puppetry Association.

According to MAPS creative director Frankie Yeo, puppetry is an art that can involve a wide range of skills — from building one out of various materials, to putting on its make-up,
styling its hair and sewing its costume.

However it does not stop there as some puppets go a step further with animatronics, to which Yeo added: “After all that, you still have to make it perform.”

He said the afternoon workshop involved participants building their puppets from scratch, learning about the stories and actions, and performing in an attempt to create a Malaysian record.

“We are making puppets to perform in a short story called ‘How Sarawak Got Its Name’,” he added.

This year’s Rainforest World Puppet Carnival is believed to be the first of its kind in the country. It is a collaboration between the Ministry of Tourism, Sarawak Tourism Board (STB), Sarawak Convention Bureau and Malaysian Convention Bureau.