Sunday, May 22
You are at:Home»News»Court»Man claims trial to two counts of statutory rape 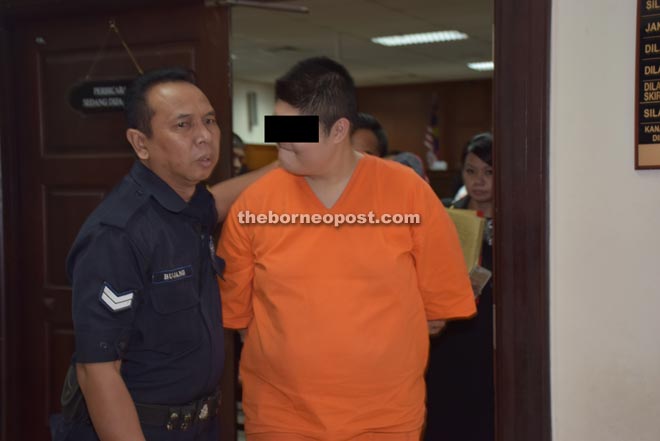 Syukri being escorted out of the court room.

The accused Ahmad Syukri Yusuf appeared before Judge Amelati Parnell who released him on RM5,000 cash bail to be deposited with the court with two local sureties with permanent address and income.

The court also ordered him to report to the nearest police station once a month until the completion of the trial.

Ahmad allegedly committed the offence on a 14-year-old girl twice at a village in Petra Jaya. One was around 10am sometime middle of October and the other one around 1pm on Oct 16.

Statutory rape, which comes under Section 376(1) of the Penal Code, provides for a maximum 20 years’ jail and whipping upon conviction.

Previous ArticleHealth ministry to clamp down on vaping
Next Article Youth charged with murder, no plea recorded