Tuesday, March 2
You are at:Home»News»Sarawak»UTC Sibu to be completed Jan 2016 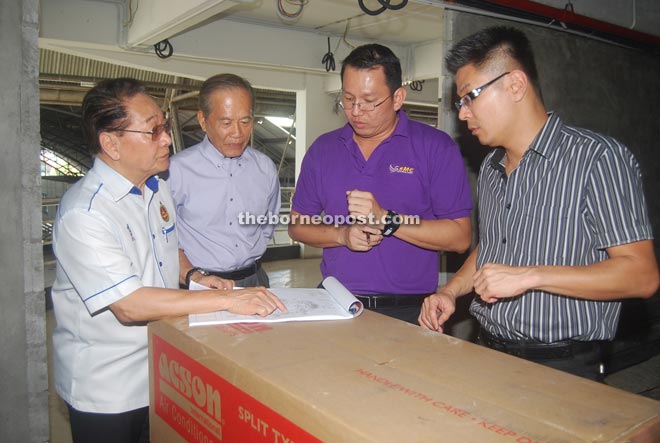 (From left) Wong, Tiong, Tong and Andrew looking at the UTC plan at the site.

“The UTC centre should be able to function after the Chinese New Year.

“This venue serves as a one-stop centre for the various offices,” he said.

Wong, who is also Local Government and Community Development Minister, said this during his inspection of the project site.

The centre will open daily from 8am to 9pm, Monday to Sunday.

“For the office workers, they can go to the UTC centre to process their documents at night,” Wong said.

He disclosed that two new lifts would be constructed to supplement the two existing lifts that had not been functioning properly.

He said the two new lifts were expected to be completed within 45 days allowing the present lifts to be repaired.