Saturday, May 28
You are at:Home»Columns»Breaking Barriers»More than a child’s play 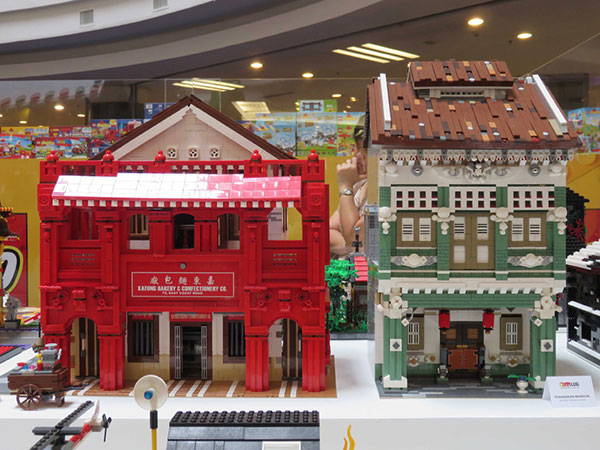 THERE was a time when children’s toys were played with by children only. From humble marbles to fancy remote control toy cars, they were either obtained by scrimping on pocket money for months, received as presents from pampering adults or hand-me-downs from older siblings.

From keeping the children occupied to stimulating their creative juices, from gifts on festive occasions to incentives for doing well in their studies, these toys never failed to light up those little faces. Whether they were do-it-yourself or bought from shops, toys have been a part of growing up that have appealed to their sense of curiosity and adventure.

But some of these playthings are not the domain of the young any more. Adults have shamelessly and unreservedly jumped onto the bandwagon too. I am especially referring to Lego. The little blocks with studs that can be put together to produce various objects have become prized possessions for grown-ups of every age as well as children.

Every time a limited edition Lego set is offered for sale or given away with purchases, there would be long queues outside the entrance to the shops way before they opened for business. These sets were snapped up quickly no matter how expensive they were or the amount one needed to spend to get them for free.

Scalpers made the matter worse by taking the opportunity to cash in on this craze. They generate an artificial scarcity by buying up as many sets as they can to resell at highly inflated prices, sometimes immediately after acquiring them. What is more surprising is that there are buyers out there willing to pay the prices demanded. Well, I guess different strokes for different folks. Even without scalpers, this is not a cheap hobby to indulge in. Retail prices can go as high as RM2,000 for a set depending on whether they are franchises of shows like the Star Wars and Avengers, both of which are popular currently, or Lego’s own range like City and Friends. Additionally, the other dilemma enthusiasts always have to struggle with is finding space to display fully constructed sets.

A Lego exhibition was in town recently and I still can’t believe I went there three times in two weeks to gawk in awe at the models on display. The only excuse I can offer for this “madness” is that my wife invariably suggested the shopping mall where it was being held each time I asked her where to go for meals.

Called ‘Dream & Build’ and billed as the largest Lego event in Malaysia, the models were submitted by members of the Lego User Group of Malaysia with a membership of more than 6,800 enthusiasts on Facebook. From heritage buildings to spaceships and scenes from Star Wars, the detailed miniature models were built by grown-up enthusiasts who fondly call themselves as AFOL (Adult Fans of Lego).

The heritage buildings were replicas of well-known landmarks in Penang, Malacca and Singapore. One section of the exhibition was dedicated to depicting a small city with shops and a fairground. There were also models of the Medieval period replete with castles and knights.

The models were not sets purchased off the shelves. AFOL painstakingly designed and built them from scratch with parts sourced from sets and loose pieces that can be bought in bulk for such purposes. In Lego-speak, these one-of-a-kind of models are known as MOC which is the acronym for ‘My Own Creation’.

I have to confess that I succumbed to this Lego obsession as well. It started with my first acquisition of the Marvel and DC Universe Super Heroes buildable figures in 2012 when the craze had not caught on yet. The popular sets were easier to get back then without the need to queue even for the rarer sets.

I am slowly moving into doing MOCs which I find more fulfilling after dabbling with ready-made sets for a while now, mainly from the Star Wars and City range. The things that I can build with Lego bricks are countless, limited only by my own imagination and the parts available at hand. I like the idea of being able to create something to call my own.

With my poor hand function, it requires a lot of patience, particularly when handling the small parts which is a great challenge because I have very little control over my thumb and fingers. What usually takes others 10 minutes to piece together takes me more than one hour. In a way, it is a form of physical and emotional therapy for me. The satisfaction of seeing the end result is priceless. This is the same feeling I am sure the other AFOL experience each time they complete building their sets.

My wife is a convert too. However, she is more into modular buildings which can be joined together to form a city block. These sets containing more than 2,000 pieces are suited for more advanced builders and are considered toys for adults. The box states that they are suitable for those aged 16 and above as compared to regular Lego sets which are usually for children of ages six to 12. And yes, our predicament is also in making space in the house for our increasing collections respectively.

The interest in toys like this is proof that there is a child in every one of us who will never grow up. Adults are no longer limited to pampering themselves with big boy toys like high-powered motorcycles and cars. Cute little things like Lego have become equally appealing too.