Monday, March 1
You are at:Home»News»Sarawak»Xiamen campus in Malaysia ready for student intake by next February 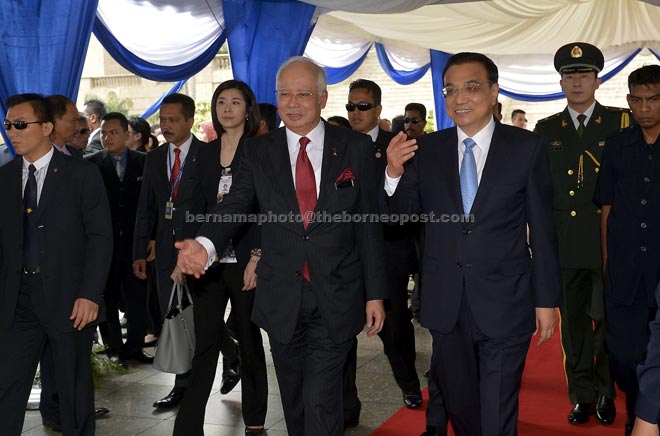 He said the campus, that marked the bilateral relations between Kuala Lumpur and Beijing, would have a special faculty to study traditional Chinese medicine.

“We hope China will be sending more students to study in Malaysia,” he said in a joint media conference with visiting Chinese premier Li Keqiang here yesterday.

Earlier, both Najib and Li attended bilateral and delegation meetings before witnessing the signing of memoranda of understanding and agreement between the two countries.Li in his response said the China government would give its strong support to encourage students to further their study in the Xiamen University Malaysia campus.

“I am happy to hear that the Xiamen University campus in Malaysia will be up and running soon,” he said.

Estimated to cost US$303 million (RM1.3 billion), the Xiamen University Malaysia Campus in Sepang is built on a 60-hectare site with five academic buildings, six student residences, activity centres, sports facilities and a cafeteria. On another note, Najib said Malaysia and China would work closely in combating terrorism and violent extremism.

“This cooperation is very important to us so that we will be able to support each other,” he said. The prime minister was also confident that good relations between Kuala Lumpur and Beijing would get deeper and stronger in the future. — Bernama