Thursday, October 28
You are at:Home»News»Sarawak»Tragic dip for boy, 13, in pond at Jalan Stutong Baru 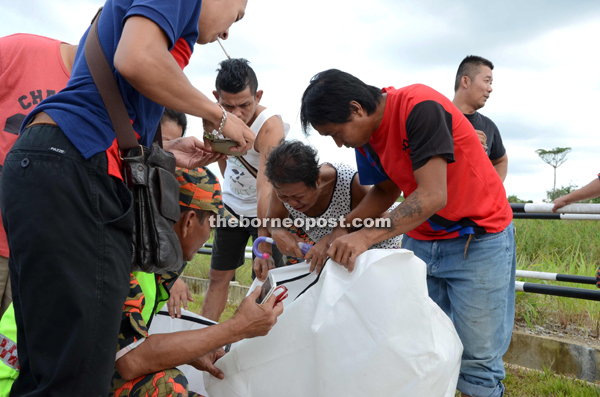 The victim’s mother in despair upon seeing her son’s body.

KUCHING: A 13-year-old boy drowned when taking a dip in a pond located at Jalan Stutong Baru here yesterday.

The victim, who was identified as Muli Jayet, had been taking a dip with his friends around 12pm when he suddenly sank and disappeared from sight.

His friends panicked before rushing home to inform their families about the tragedy.

they had only been notified about the incident around 2.13pm, roughly two hours after the drowning.

The victim was found and retrieved by Bomba personnel around 2.47pm who dived into the pond which was about 5 feet deep.

“It is believed that he drowned after getting caught under some branches in the pond,” Tiong said.

The victim’s body was sent to Sarawak General Hospital for post-mortem.

It is understood that the victim’s family, who come from Sg Nibong, Kota Samarahan, stay in low-cost housing in Stutong.