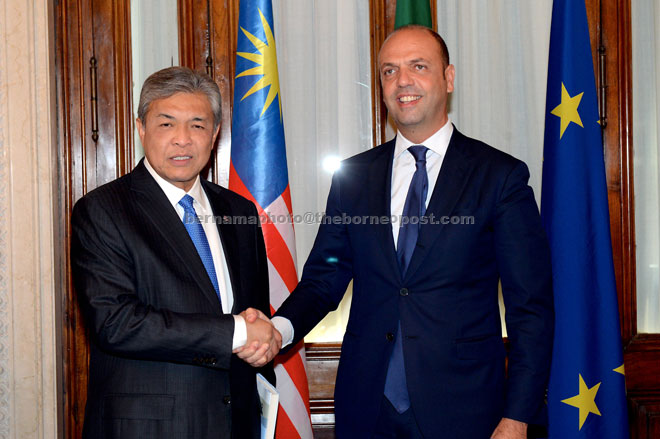 He said the move was imperative to prevent Malaysians from being recruited by terror groups.

Ahmad Zahid, who is the home minister, spoke to Malaysian reporters after a meeting with his Italian counterpart Angelino Alfano during which they discussed cooperation in areas such as terrorism, migrant and human trafficking as well as organised crime.

He said the home ministry, especially the police, would need a sizeable allocation to strengthen the technical aspects of enforcement as well as the management part of it.

Malaysia, he said, had plans to send police and customs officers to Italy to have a close look at how the country tackles organised crime and immigration issues.

Ahmad Zahid, who is on a three-day visit to Italy, also held a meeting Tuesday with the Italian Police chief Alessandro Pansa and chief of the Department of Civil Liberties and Immigration Mario Morcone.

Later, he hosted a dinner for a group of Malaysians living in the Italian capital. — Bernama