Tuesday, December 7
You are at:Home»News»Sarawak»Lorry catches fire near Bintulu-Tatau Road 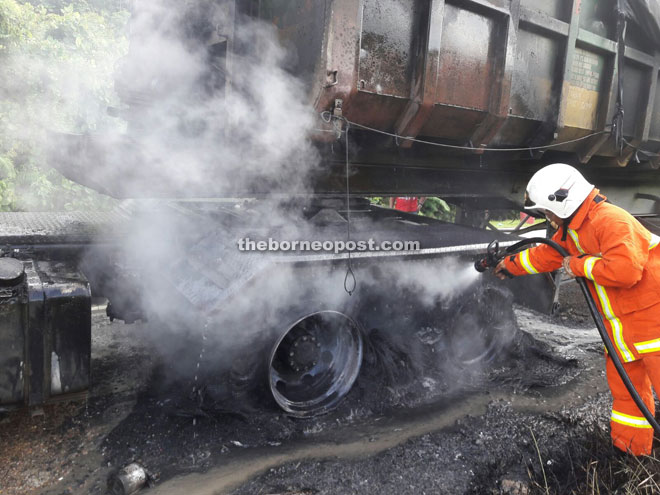 A firefighter drenches the rear of the lorry to extinguish remaining flames.

According to spokesperson from Tatau Fire and Rescue Department, it rushed six firefighters to scene after receiving a distress call at 1.50pm

“The scene was 26km away from the Tatau station and it took our men about 30 minutes to reach there.

“The firefighters managed to put out the fire at 2.48pm,” the spokesperson said.

The fire damaged the lorry’s rear wheels and its hydraulic system.

“Fortunately, there was no injury in the incident. We are still investigating the case,” the spokesperson said.