Tuesday, July 5
You are at:Home»News»Sarawak»Septuagenarian’s body found in pond 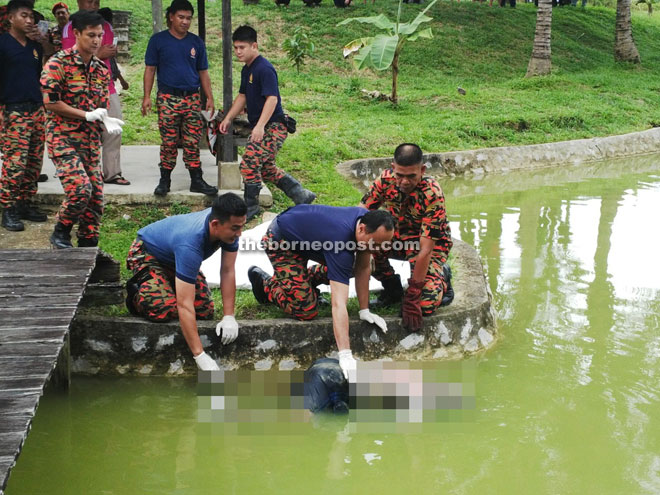 Firefighters retrieve the senior citizen’s body from the pond.

BAU: A senior citizen is believed to have drowned after his body was discovered in a pond near his house at Kampung Stenggang here yesterday.

Local residents discovered his body floating on the surface of the pond around 4.15pm and called the Fire and Rescue Department as well as the police for assistance.

Firefighters arrived at the scene following the call and spent several minutes fishing out the victim’s body before handing it over to the police.

The incident has been classified as sudden death pending the outcome of a post-mortem.