Tuesday, December 7
You are at:Home»News»Sarawak»Industrial workshops go down in flames 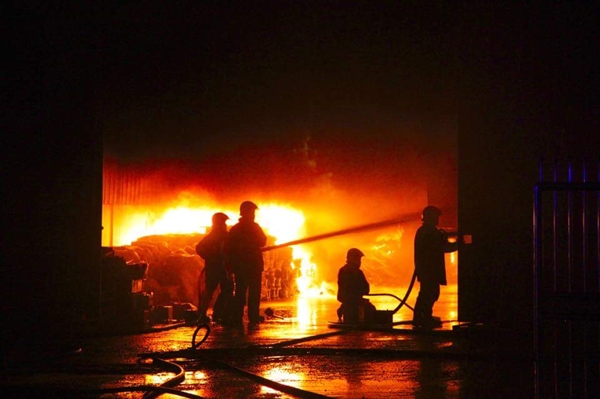 SIBU: Properties worth more than RM5 million went up in smoke on Friday night (Dec 11) after a block of two industrial workshops at Tun Ahmad Zaidi Adruce Road was burnt down in one of the worst fires in town this year.

The block housed a tyre workshop and an office of a trading company.

Explosions were heard at the height of the fire that sparked at 7.30pm. The workshop had stacks of tyres, which were all burnt, and other inflammable items like batteries and engine oil.

The workshop had been open for two months.

“Three engines, two from Central Road and one from Sungai Merah rushed over. The fire was at its height when we arrived. We were slowed down in our fight because of the low water pressure. We drew water from the drain.”

Sibu Fire Department said more than 50 per cent of the property had been burnt. The cause of the fire is yet to be ascertained. No casualties were reported. 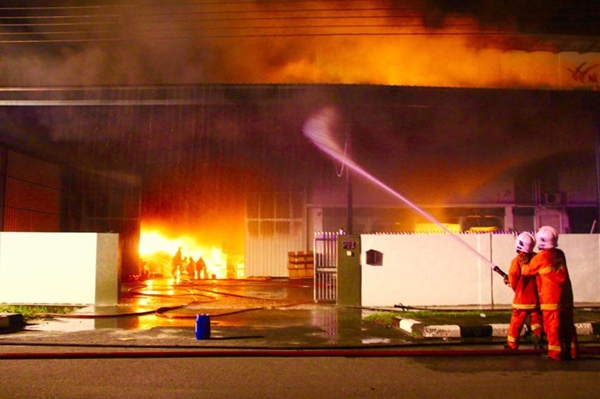 Low water pressure forced the firemen to use water from the drain to douse the fire. 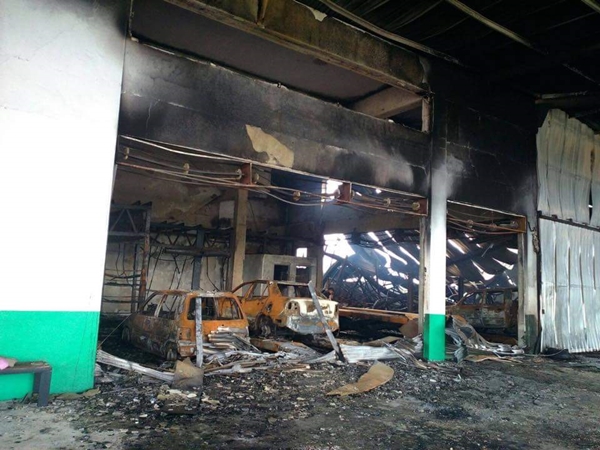 The aftermath of the fire which saw six vehicles – a lorry, motorcycle, cars – totally burnt up in the fire.