Wednesday, October 27
You are at:Home»News»Sarawak»Ulu Menyang to be a wildlife conservation area 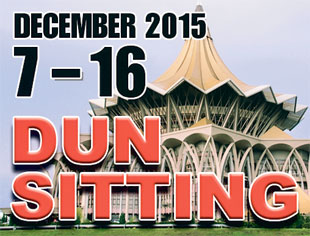 ULU Menyang in Batang Ai will be managed as a Wildlife Conservation Area due to the high orangutan population in the region.

“Residents there can carry on with their daily activities, preferably in a controlled manner to reduce the impact on orangutans.

“The area will be developed as an eco-tourism product, which can be run and managed by local residents,” he said in a reply to Malcolm Mussen Lamoh (BN-Batang Ai) in the august House yesterday.

Len Talif pointed out that residents in the said area would be prohibited from cultivating their NCR land as plantations, logging and other activities could jeopardise its ecology.

Malcolm asked if a comprehensive survey had been carried out to determine whether orangutans were inhabitants of Ulu Menyang, and whether a development plan would be put in place for the well-being of human dwellers.

When posing the first supplementary question, he joked about whether orangutans could cast votes or be named candidates of Barisan Nasional.

Len Talif responded that orangutans were unable to talk, hence the House had to speak for them.