Wednesday, July 6
You are at:Home»News»Sarawak»CM calls on private sector to boost devt of bioeconomy 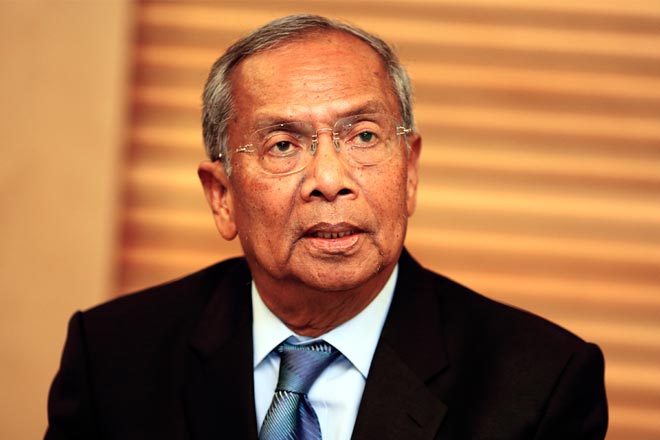 KUCHING: The government is hoping that the private sector would drive the growth of bioeconomy in the state.

In this respect, Chief Minister Datuk Patinggi Tan Sri Adenan Satem highlighted that the authorities would also have a crucial role to play, in that they could lower the risk threshold for private investors to venture into projects related to bioeconomy and in turn, stimulate the in-flow of private funding.

“We also have been active in facilitating private sector investments into bioeconomy projects through provision of tax incentives, support on funding and infrastructure development,” he said.

Adenan pointed out that with the establishment of more Sarawak-based BioNexus companies in the pipeline, private sectors could leverage on existing facilities and infrastructure to tap into the bio-based clusters here.

Adding on, he also encouraged both the public and private sectors to continue exploring the areas in bio-resources, which has huge potential for growth in the state.

“Sarawak has an abundance of natural resources that could create huge potential for bioeconomic growth (and) towards maximising this potential, a strong collaboration has been formed between BiotechCorp, Recoda (Regional Corridor Development Authority) and Sarawak Biodiversity Centre,” he said, adding that the collaboration had been offering the desired support from the state government and several agencies to the private sector towards developing and venturing into bioeconomy in the state.

“Thus the state government will continue with the efforts to strengthen Sarawak’s bieconomy agenda in order to make bioeconomy an important part of the state’s future economy,” the chief minister said.
Prior to the launch yesterday, three bioeconomy-oriented programmes were conducted in the state — Bioeconomy Transformation Programme (BTP), BioNexus Programme, and Bioeconony Community Development Programme (BCDP).

The ‘Bioeconomy Day’ was aimed at promoting the awareness of these three programmes to the public.

There was also a BTP workshop and lab held here in 2013 to identify potential bio-based projects that could be included under the transformation programme.

“Twenty-seven bio-based projects were identified during the BTP workshop and lab, with the majority of them concentrating in nucleus centres like Tanjung Manis for aquaculture, Sarikei for food and agro-based industries, and Mukah for sago and oil palm biomass projects,” said Adenan.