Friday, September 30
You are at:Home»News»Sarawak»‘Cracks’ not structural defects, explains Vivacity 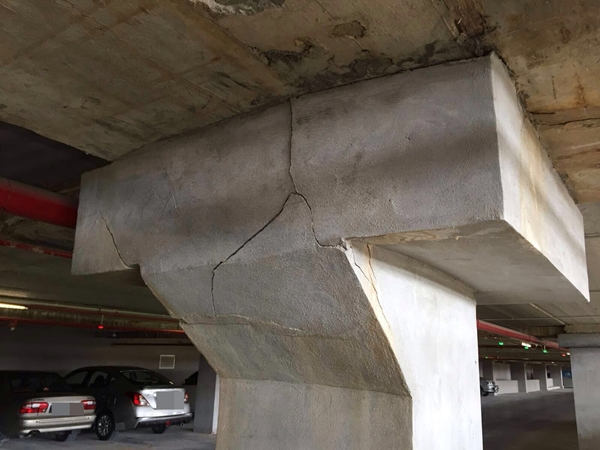 Photo showing one of the cracks.

KUCHING: Vivacity Megamall today assured the public that the cracks appearing at two expansion joints at one of the upper floor parking bays, were nothing to worry about.

These cracks were actually “a movement joint” not structural defects the mall explained in a press statement today. The movement joint was part of the design to cater for the expansion and contraction of the building and that the building structure was sound and safe.

The megamall came up with the statement to counter public speculation after photographs of these cracks had gone viral on Facebook and through Whatsapp chat groups.

The megamall then explained the cracks based on their engineer’s initial findings.

“The crack as shown in Photo No 1 is actually a movement joint between two beams cast side to side with a gap of 30mm with one of the beams seated on the corbel via an elastomeric bearing pad.”

The megamall went on to explain that the inconsistence of the gap was caused by the concrete slurry during casting which the contractor was currently removing by method of grinding to form a consistent gap.

The crack is a second photo was only a surface crack caused mainly by the cement mortar plastering plastered over the gap between the soffit of beam and the top of corbel.

“As the building expands and contracts along the movement joint, the differential movement between the beam and corbel (which is stationery) will form the crack on the plastering.”

The contractor is removing the plastering to ensure that the gap is clean and free from any plastering material.