Tuesday, August 16
You are at:Home»News»Sarawak»Woman killed by fishing boat propeller 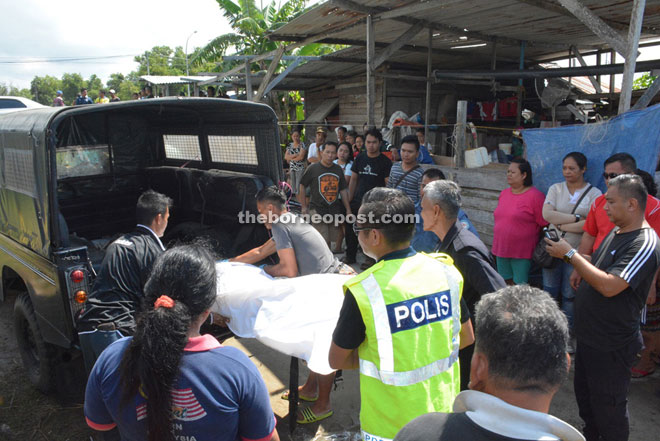 Police place Gala’s body into a vehicle for transportation to Miri Hospital.

MIRI: A 55-year-old woman was killed after she was struck by the propeller of her fishing boat while at the sea in Batu 1 around 8am yesterday.

Gala Chapi had gone to sea at 3am to help her husband Entili Tasin, a full-time fisherman.

The incident is said to have occurred when the husband and wife were on their way back to shore after fishing.

Gala had somehow fallen overboard and is believed to have been dragged under before being struck by the propeller.

Although Entili stopped the boat and got his wife back on board, she was pronounced dead by medical personnel from Miri Hospital, who were called to the scene.

Gala’s body was later taken to Miri Hospital for a postmortem.