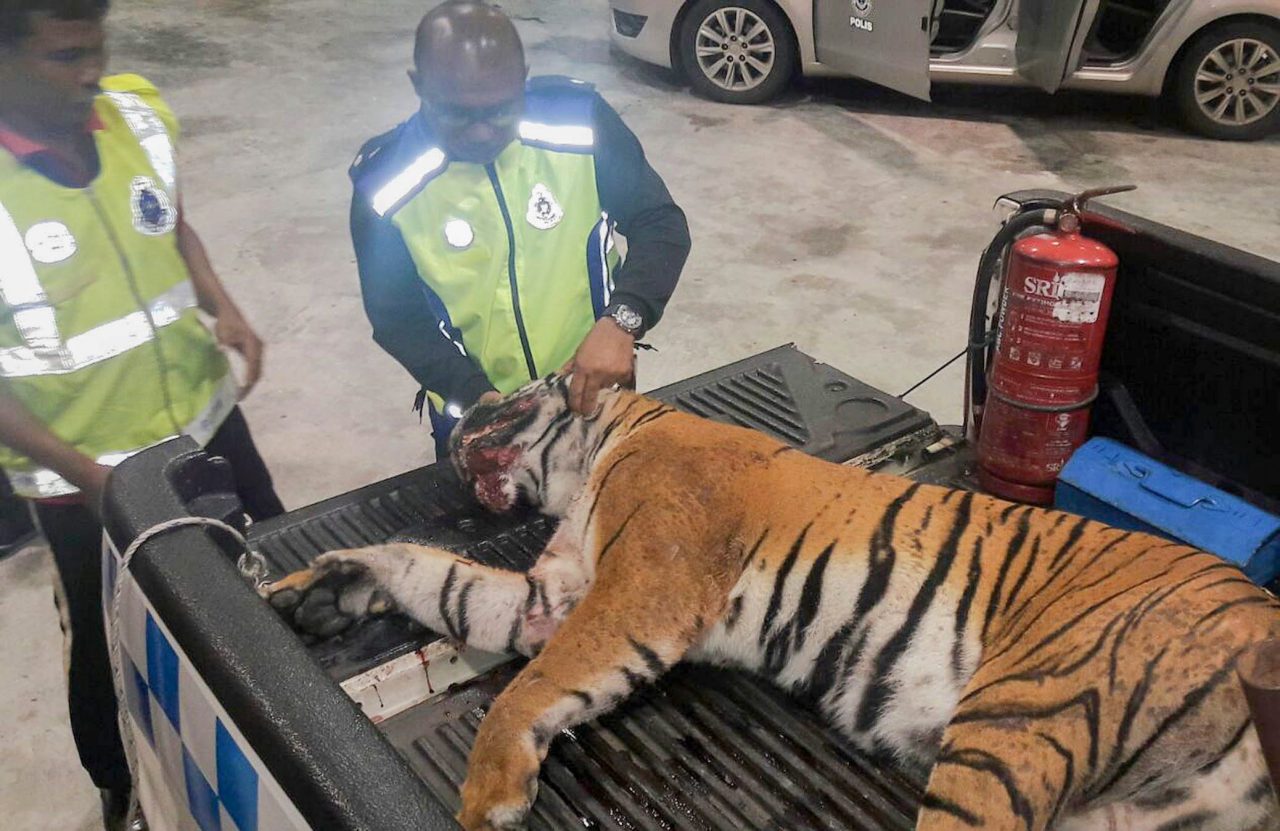 The tiger was killed in the wee hours of the morning as it attempted to cross the road. Photo credit: Bernama

KUCHING: WWF-Malaysia has expressed its sadness regarding the recent news of a Malayan tiger which was killed after being hit by a vehicle traveling along the East Coast Expressway in Terengganu.

Further inspection of the tiger’s carcass revealed that it was also pregnant with two cubs, causing many concerned members of the public to question the events surrounding the incident.

“Including these young casualties, this has brought the number of dead tigers to five within the past three weeks alone – an unprecedented number within such a short time frame,” read a statement issued by WWF-Malaysia.

“However, these are just the cases which have been recorded, as undoubtedly many more cases of tiger poaching remains undetected.

“Unfortunately, the demise of even a single individual is a huge blow to the tiger population, especially with recent evidence suggesting Malaysia only has about 250-340 tigers left in the wild,” it stated.

WWF-Malaysia is calling for all relevant state governments to adhere to the Central Forest Spine Masterplan for Ecological Linkages.

This includes implementing conservation measures along critical corridors such as providing legal protection for natural forests, and the construction of green infrastructure such as viaducts and elevated highways.

“Enhancing linkages through the establishment of green infrastructure such as viaducts especially through robust science-based assessments will help tigers and other wildlife safely cross roads, which will in turn aid their long term survival within the landscape,” WWF-Malaysia suggested.

“Other measures such as warning signages and speed breakers at strategic locations will also help reduce the number of collisions between vehicles and wildlife.”

The organisation also advised motorists to adhere to the speed limits and be cautious of the surroundings when driving along roads flanked by forests.