Thursday, December 8
You are at:Home»News»Nation»Orang Asli to face prosecution over trapped tiger 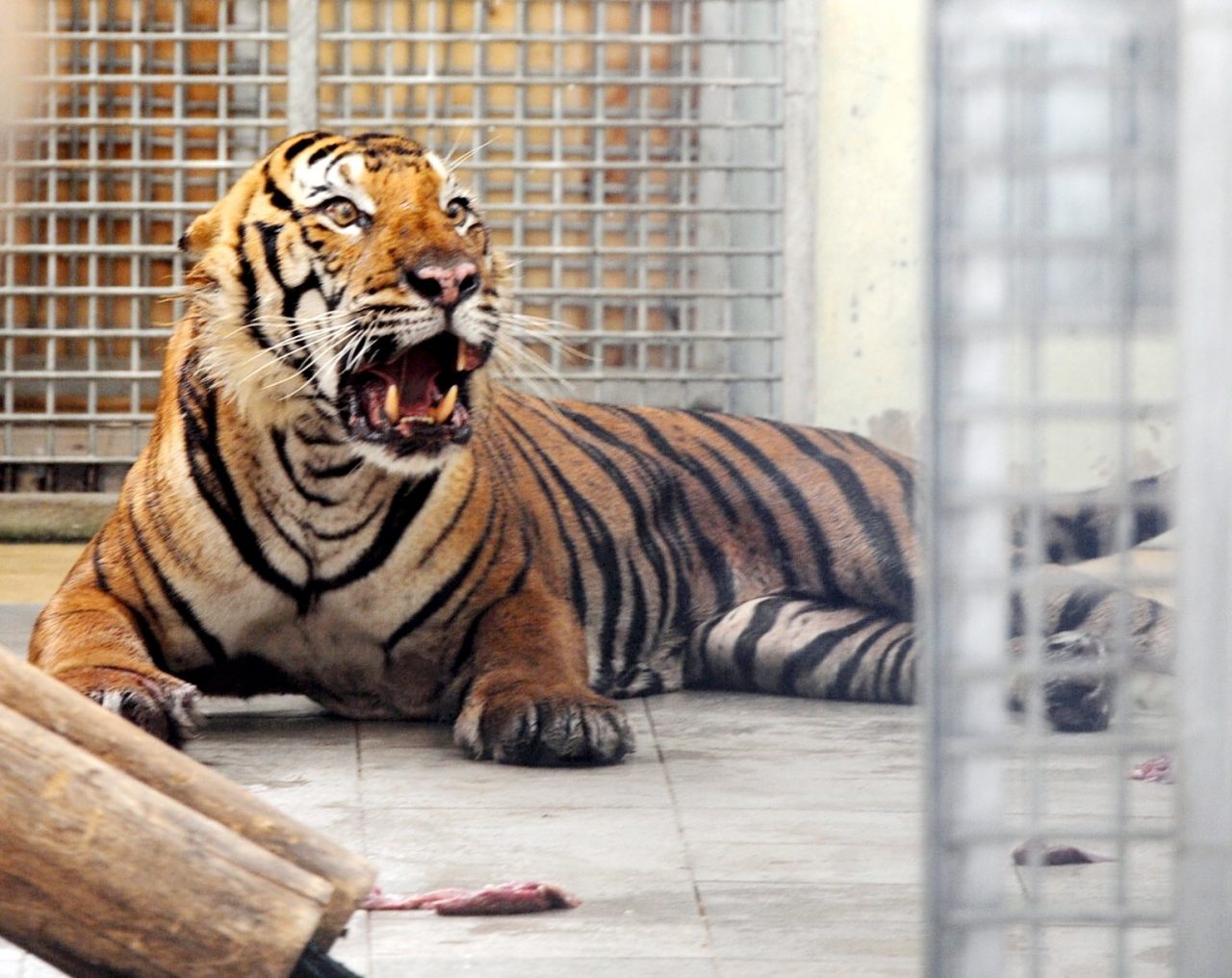 A 17-year-old male tiger that was injured in a wild boar trap is now in stable condition after it was rescued. Photo credit: Bernama

SUNGKAI: An Orang Asli man is to face the law for having set a wild boar trap that snared and injured a tiger in Tapah near here on Sunday.

The Perak Wildlife and National Parks Department is considering charging him under the Wildlife Conservation Act 2010.

Its director, Rozidan Md Yasin, said the man had been questioned and further investigation would be carried out under Section 29 of the Act.

The Act provides for a maximum fine of RM100,000 or a jail term of up to two years upon conviction.

Rozidan said animal traps were a threat to the wildlife population.

Wild animals caught in the unattended traps would usually die after some time, and this was most cruel, he said.

“I advise the people against setting traps because snared animals can be subjected to a state of misery and will die,” he said.

Rozidan said the department had destroyed 126 traps in 56 operations carried out from time to time between 2012 and last year.

On the injured tiger that was rescued from the wild boar trap in Ladang Eden, Batu 10, Jalan Pahang, Tapah, he said it was in stable condition and had been given the name ‘Yeop Tapah’.

He said the tiger’s legs were swollen but there was no risk of impairment.

“We will monitor it for 14 days,” he told reporters after a visit to the National Wildlife Rescue Centre here where the animal was being attended to.

Rozidan said it was most likely that Yeop Tapah would be kept permanently at the centre because an injured tiger would a pose a danger to humans after it was released into its natural habitat.

The 170kg tiger was removed from the snare yesterday and brought to the centre. – Bernama