Friday, December 3
You are at:Home»News»Sarawak»Provide for welfare or no foreign workers — Riot 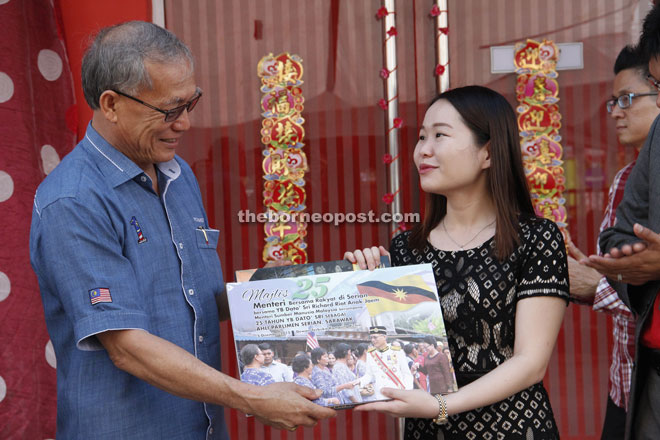 KUCHING: Companies that do not have the capacity or financial strength to provide sufficiently for the welfare of its employees will not be allowed to hire foreign workers.

He said all companies will have to provide financial details as part of the application process.

“We are creating an online system, whereby any particular company who wants to employ foreign workers will have to provide information pertaining to its capability and financial strength. The government has already started to conduct its study on the liability of some of these companies,” he said when launching the Masterskill Global College (MGC) Chinese New Year celebration yesterday.

“If a particular company is found to not possess the capacity or capability to provide for its employees, because they are financially weak and so on, that organisation will not be allowed to employ or bring in foreign workers.”

Riot also cleared up the misconception over the reported recruitment of 1.5 million Bangladeshi workers over the next three to five years.

He explained that the memorandum of understanding (MoU) between the Malaysian and Bangladeshi governments signed in Dhaka did not specify the number of Bangladeshis to be employed.

Riot added that the 1.5 million represented the number of Bangladeshis registered with the Ministry of Expatriates’ Welfare and Overseas Employment in Bangladesh for jobs in 139 countries including Malaysia.

He stressed that the government will only bring in foreign workers based on demand from Malaysian employers.

“The country will only bring in foreign workers, including those from Bangladesh, based on the demand. If a certain company needs some 1,000 workers, then that particular organisation will need to apply for that certain number of workers. The government will only rope in the number of foreign workers based on the requirement of the industries,” he said.