Monday, February 6
You are at:Home»Business»Housing ministry studies densification of property devt
For the freshest news, join The Borneo Post's Telegram Channel and The Borneo Post on Newswav. 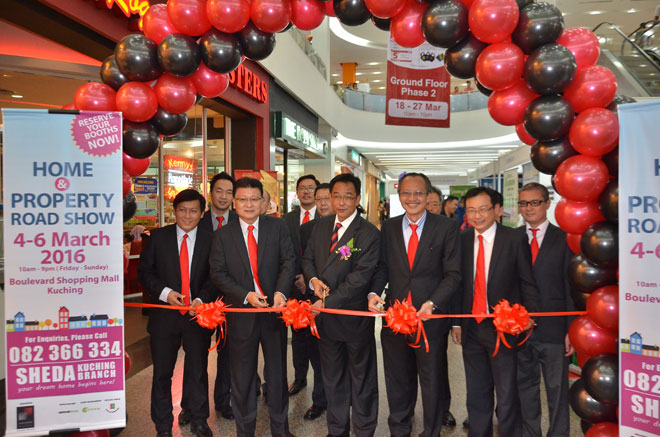 KUCHING: The housing ministry is studying the proposal on the densification of property for the development of residential properties.

“The government is studying the densification in details. It is not finalised yet.

“Hopefully, an announcement will be made soon,” he told the media after officiating Sarawak Housing and Real Estate Developers’ Association (Sheda) Kuching branch first Home and Property roadshow this year at Boulevard Shopping Mall here yesterday.

He said there will be some sort of reform for the housing market in the future, believing that the move on the densification of property development will help reduce prices of residential houses.

Meanwhile, Sheda Kuching branch chairman Dr. Christopher Ngui in a statement said the housing market can still be sustainable if the government can consider densification of landed property from eight units to 14 units per acre and high rise property from 24 units to 50 units per acre.

He observed land prices has appreciated over the last five years especially in the urban areas.

Ngui noted the housing market has slowed down recently.

On the proposed government levy on foreign workers, Ngui suggested the government to consider reducing the quantum and to defer the implementation date or put it on hold until the current economic situation improves.

Apart from that, he said, “Sheda Kuching branch is pleased that the state government is abolishing the quit rent for land starting middle of March.

“We wish that this will not only be applicable for the rural areas but also in town areas,” he said.

The move can accommodate the vast number of potential house buyers, especially those who are in the borderline cases to qualify for their housing loans, he said.

On another note, Abdul Karim commended the efforts by Sheda Kuching branch in its corporate social responsibility (CSR) programme to provide contribution to a few non-govermental organisations (NGOs). These NGOs are the Sarawak Community Policing Association and The Dyslexia Association of Sarawak.

Abdul Karim believed safety and location were of importance for house buyers when choosing to buy a home.

Thus, he noted the presence for instance the Sarawak Community Policy Association will be able to provide information to the public and educate them.