Friday, August 19
You are at:Home»News»Sarawak»Dramatic scenes as car catches fire on Pujut 7 road 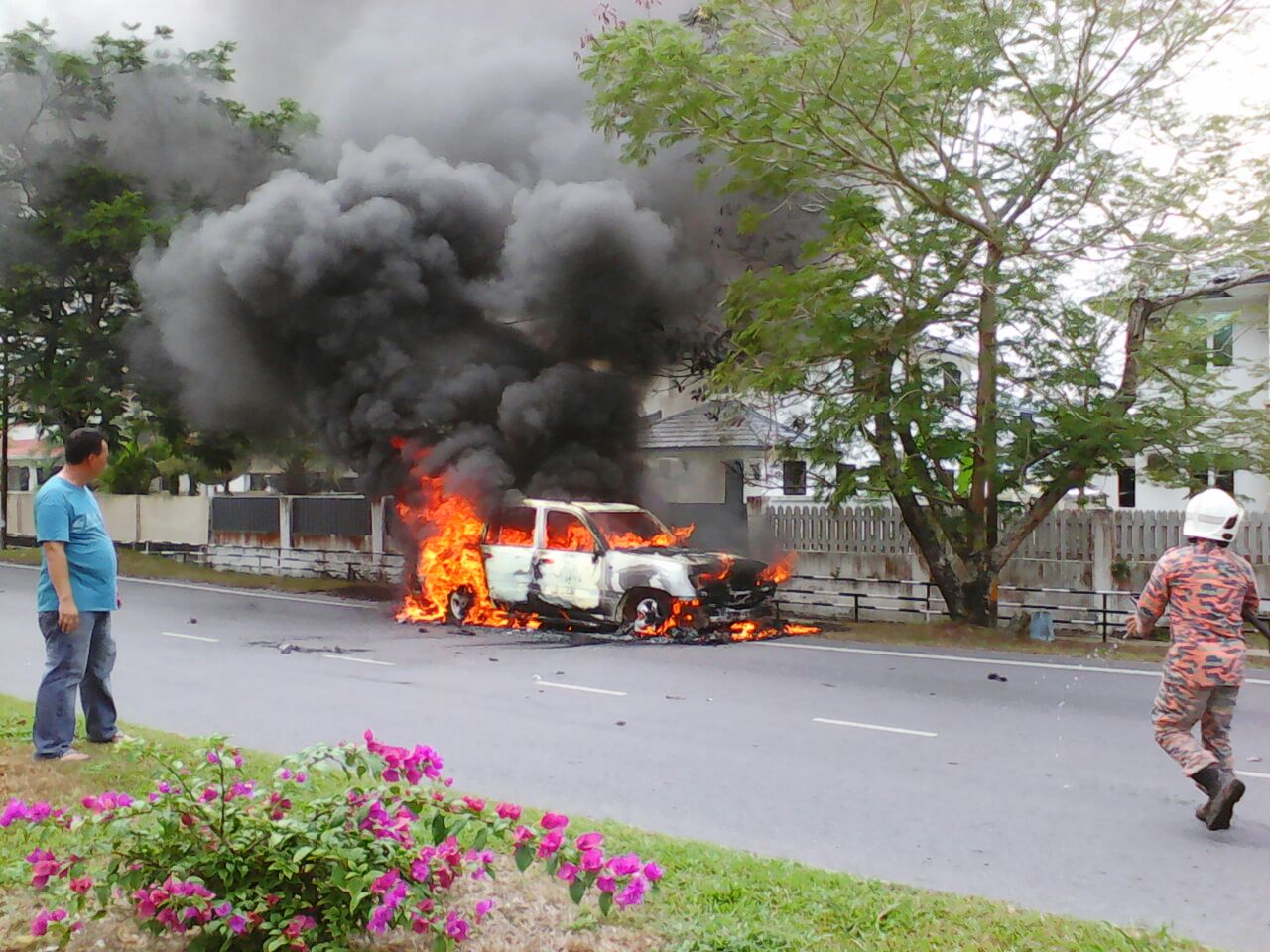 The car is seen ablaze at the roadside. 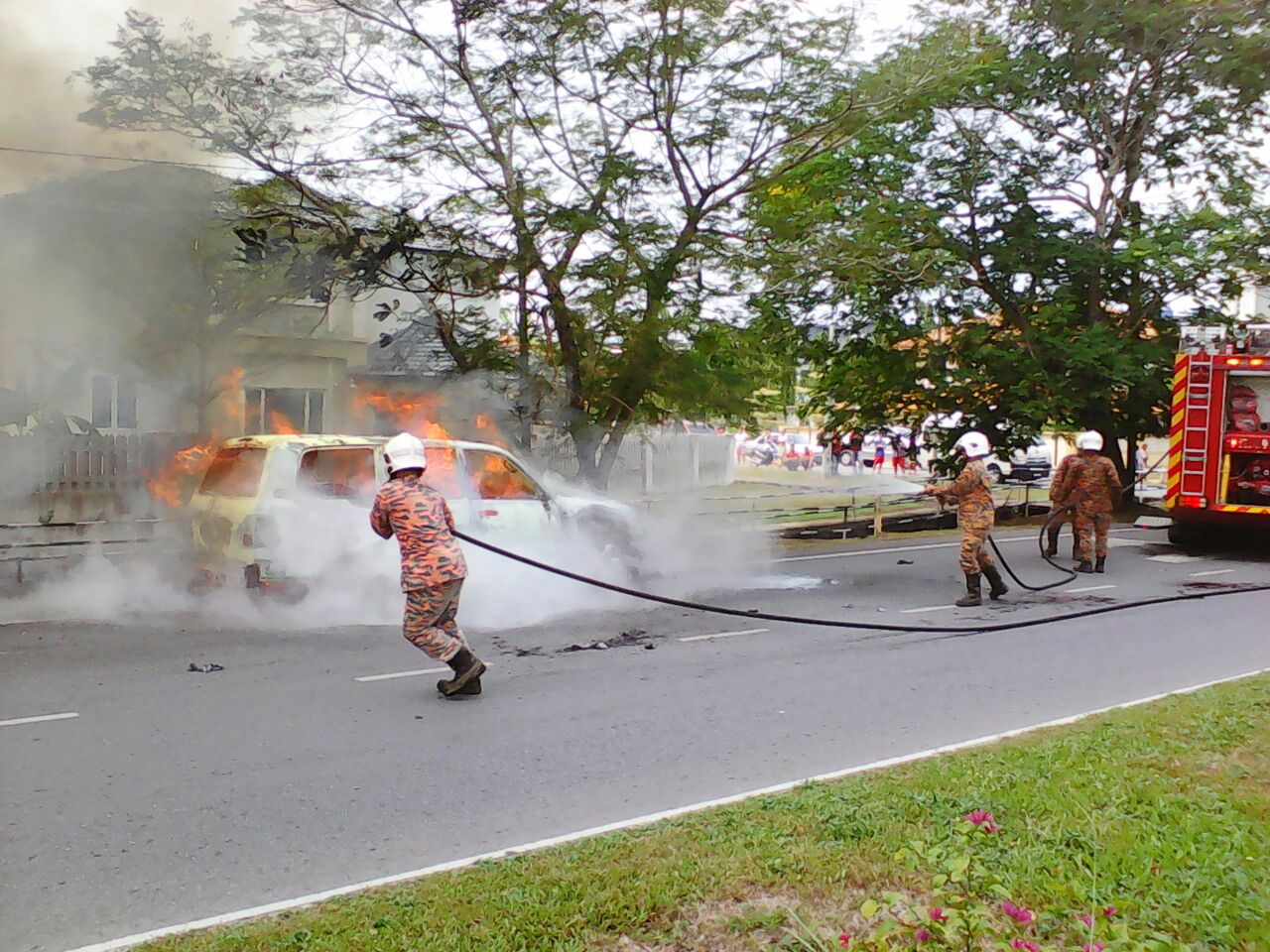 Firefighters work to put out the fire. 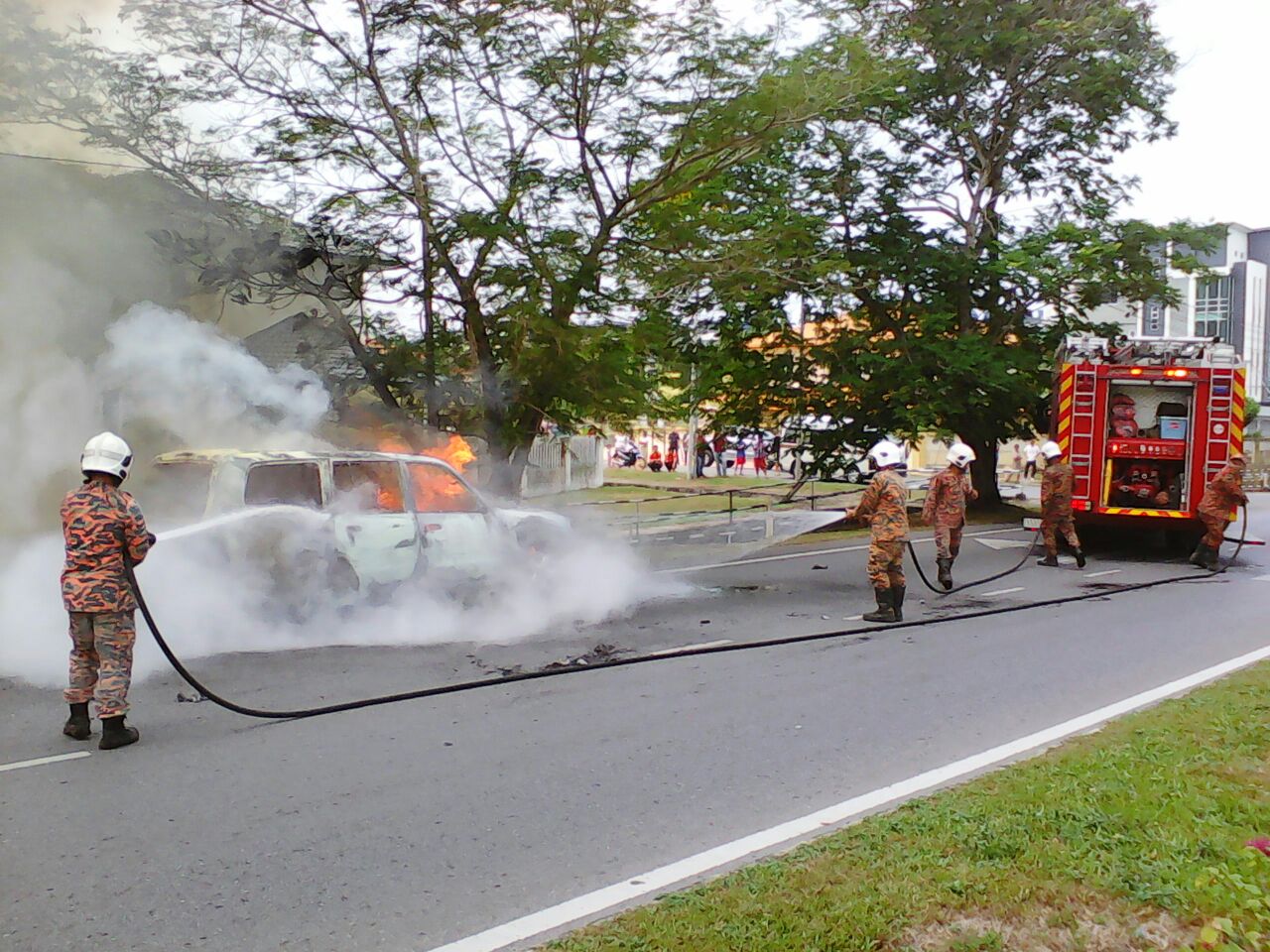 Firefighters begin to gain control over the fire.

MIRI: A car caught fire while travelling along Pujut 7 road from Permyjaya towards the city centre today.

The Fire and Rescue Department received a report around 11am on the incident and rushed to the scene.

Eyewitnesses said the male driver pulled over to the roadside when smoke started to rise from the engine.

Both he and his wife managed to escape unharmed.

It took firefighters 10 minutes to extinguish the blaze.

Firefighters have determined the accidental fire was caused by mechanical failure.