Sunday, May 22
You are at:Home»News»Sarawak»Pixman outraged by RM250 charge for photo-shoot at Old Court House 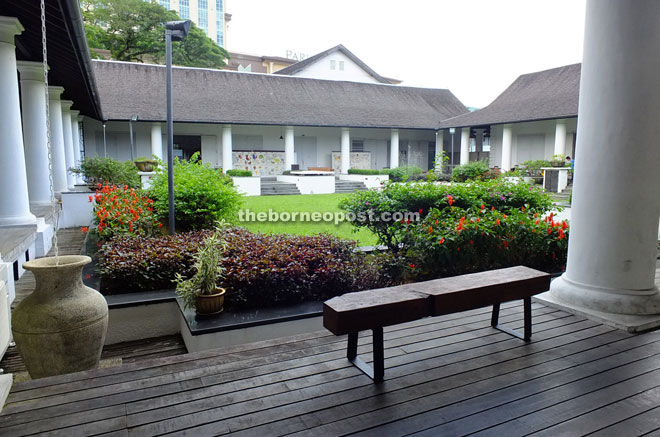 One of the corridors at the Old Court House, where the photographer had initially wanted to use for the wedding photo-shoot. 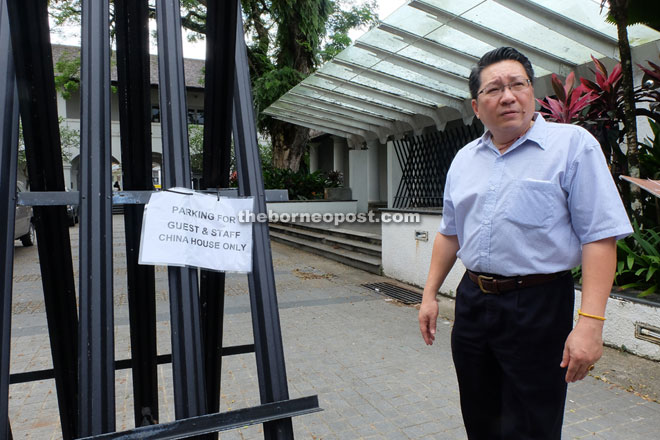 Wee stands next to the partially-blocked entrance of a walkway that connects India Street with Carpenter Street. It is learned that the walkway was fully closed off for public previously. 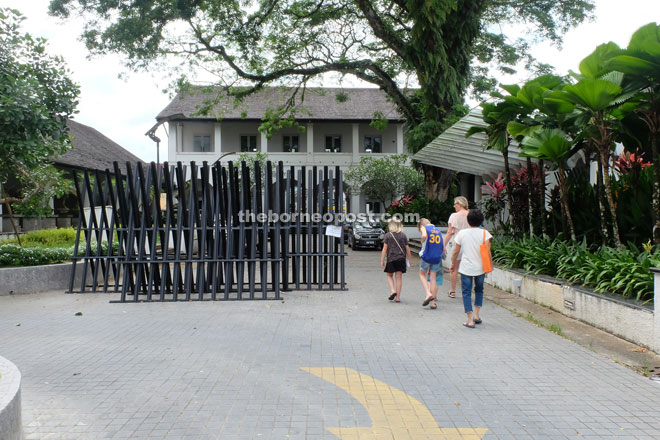 Visitors walk past the barricades, which were used to block the walkway last week.

KUCHING: A wedding photographer, a just-married couple and their entourage were shocked beyond belief upon learning that they had to fork out RM250 for a shooting session at the Old Court House on Sunday.

The photographer was dismayed by this, in that the place had always been a popular wedding photo-shoot spot, and it was the first time that he had ever heard about payment to have a photo-shoot there.

For the newlyweds, they decided to leave the court house and proceed to a different venue as they had limited time.

“All we wanted to do was to have a few shots outside – not inside the premises,” lament the photographer, who wished to remain anonymous.

In response, China House Kuching manager Robert Brennan told The Borneo Post that the said charge was not for profit, as all proceeds would go to charity – specifically to Sarawak Society for the Prevention of Cruelty to Animals (SSPCA).

He said what happened on Sunday was that five groups had turned up without prior appointments, including a group of 60 children who wanted to take a graduation photo.

He said the professional session would include a large range of equipment, including clothes that were, at times, left lying all over the place.

Brennan said they had received complaints from customers about this.

“We can help coordinate the timing (of the photo-shoot) and even help move the furniture pieces around for them. They can come for photo-taking, but not during lunch hour or weekends, as that is when we get huge crowds,” he said when met at the Old Court House yesterday.

He stressed that holiday-makers or visitors wanting to take their own photos would not be charged.

“We have been telling people that we are charging, since we began operating a month ago, but we have not charged anyone yet. We have done it at our Penang China House. From experience, it can get crazy with couples coming in and pose next to our cake stand — there’s one who was blocking the door and customers couldn’t get in or out,” he said.

He pointed out that the China House setup at the Old Court House was to bring life back to the area.

China House is taking up the entire court house and has an art gallery, bookshop, restaurant, cafe, wine bar and retail shop.

Those wanting to book a time slot for photo-shoot can call 082-418601, or visit Facebook page ‘ChinaHouse at the old CourtHouse’.

Meanwhile, India Street Pedestrian Mall Management Committee chairman Dato Wee Hong Seng said the practice of charging photographers was not exactly a good move – if they (photographers) only wanted to use the common areas and the corridors outside the premises; not the inside.

He argued that even if the management wanted to charge, they should let the public know earlier so that nobody would get a ‘rude shock’, especially considering that the whole entourage had arrived in full outfit for the session.

A survey around the court house and its compound yesterday revealed that there was no signboard or notice that informed about the charge applicable for any professional photo session there.

Nevertheless, Wee also stressed that the photographers should have the basic courtesy of informing the management in advance.

“The Old Court House is a heritage building – people should be allowed to take photos. Even when it was rented out to previous owners, people were never charged for taking photos before.

“If they went into the restaurant and disturbed the business, then it would only be fair to charge them; but if they wanted to take photos outside, it shouldn’t affect the business,” said Wee.

“They (management) should also let people know earlier. It did not seem fair for the couple to show up and have their memorable wedding photos taken – only to leave almost immediately after arrival.

“Let the people be happy.”

For the record, Wee also said a complaint was raised during a committee meeting last week about how the business operation at the Old Court House had previously closed the paths and walkways across its common areas, including one that connects India Street with Carpenter Street.

In the past, people would walk through the Old Court House to get from India Street to Carpenter Street and vice versa. However due to the closure of that walkway, they had to go through Plaza Merdeka or around the whole complex.