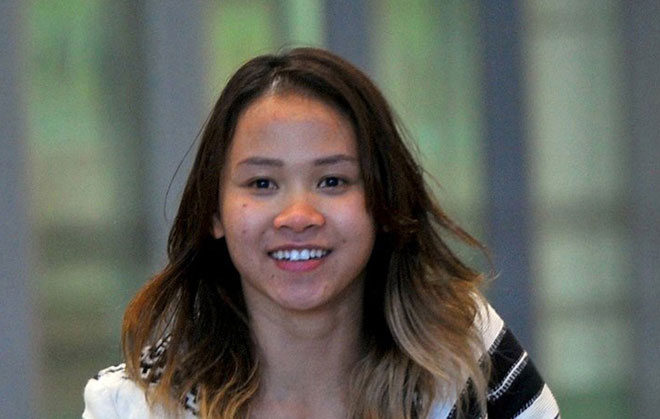 PETALING JAYA: National diver Pandelela Rinong was crowned the SAM-100Plus 2015 Athlete of the Year on Wednesday.

The award was the third for the 2012 London Olympics bronze medalist after having clinched the award in 2010 and 2012. Pandelela who is now in action at the third FINA Diving World Series in Windsor, Canada, described the victory as a morale booster for her to seek honours to the country at the international arena.

“I am very happy with the win and it would empower me to perform better in every championship and the Olympics in Rio,” she said via a video conference at the ceremony.

Pandelela was awarded a trophy and RM10,000 cash by Deputy Prime Minister Datuk Seri Dr Ahmad Zahid Hamidi while Amateur Swimming Union of Malaysia (ASUM) general manager Yan Kong Lee received the award on her behalf. Among Pandelela’s best achievements in 2015 were a bronze medal in the individual 10m platform event at both the FINA Diving World Series in Windsor Canada and the 16th FINA World Aquatic Championships in Kazan, Russia.

The Malaysian Wushu Federation was chosen as the recipient of the Dynamic Sports Association award based on several factors such the success of athletes in winning medals at every championship, leadership credibility and perseverance in raising the quality of wushu in the country.

Johor Darul Ta’zim (JDT) received the SAM Special Award in recognition of the club’s success as the first team from Malaysia and southeast Asia to win the Asian Football Confederation (AFC) Cup in 2015. — Bernama