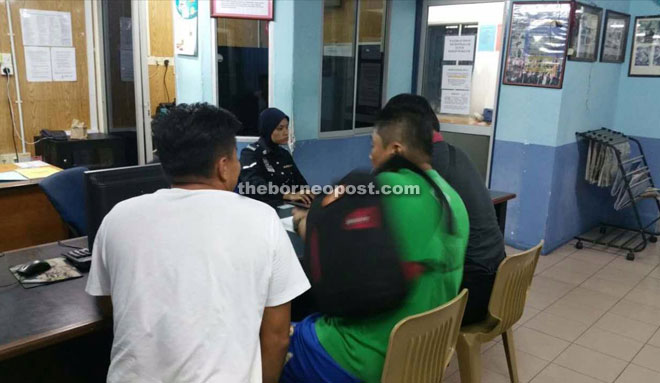 Two teachers lodging police reports against accusations that they are involved in political activities and campaigning for the opposition in this election. 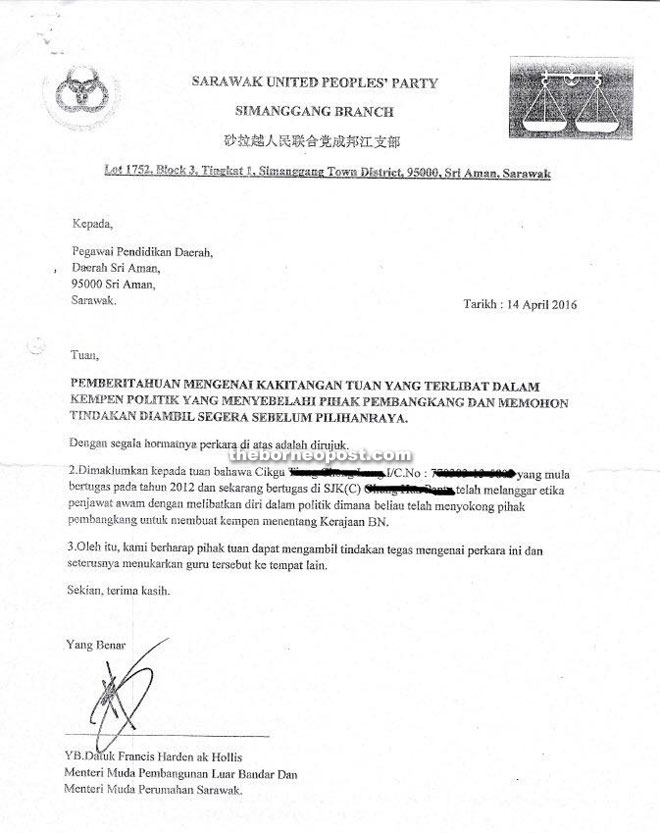 The complaint letter from Harden.

SRI AMAN: Two teachers have lodged police reports after receiving warning letters from the Education Department not to get involved in helping the opposition to campaign in this election.

One of them told the media that the unfair accusation made by the department was based on a complaint letter that the department received from Assistant Minister for Rural Development and Housing Datuk Francis Harden.

The complaint letter dated Apr 14 bears SUPP letterhead and was signed by Harden.

The letter stated that the two teachers had been involved in assisting the opposition in political activities and called on the department to transfer them elsewhere.

The teacher who produced both letters as evidence said that the complaint letter had tarnished his image and would affect the department’s evaluation on him.

The teacher believed that apart from him, three other teachers were suffering the same fate and had confronted Harden.

He said in the letter, Harden had requested the department to take immediate action and transfer the teacher from the area before polling day on May 7.

“I felt dumbfounded with such unexpected complaint. The fact is that I did not participate in any political activities,” said the teacher.

“He may have the authority to do it, but as a public servant and a candidate standing for BN, he did not even look into the matter before writing the letter of complaint and put pressure on the Education Department to transfer us. This is uncalled for.”

“As the people’s representative, has he ever thought about us? That whoever being transferred will have to make major changes and that means relocating a whole family including the elderly and the young under their care. That shows as a representative, he does not consider the wellbeing of his people in the first place,” he said.

The two teachers had on Tuesday lodged police reports for the sake of clarifying their names and also for their own protection,