Sunday, February 5
You are at:Home»News»Sarawak»Heli crash: Body of pilot found
For the freshest news, join The Borneo Post's Telegram Channel and The Borneo Post on Newswav. 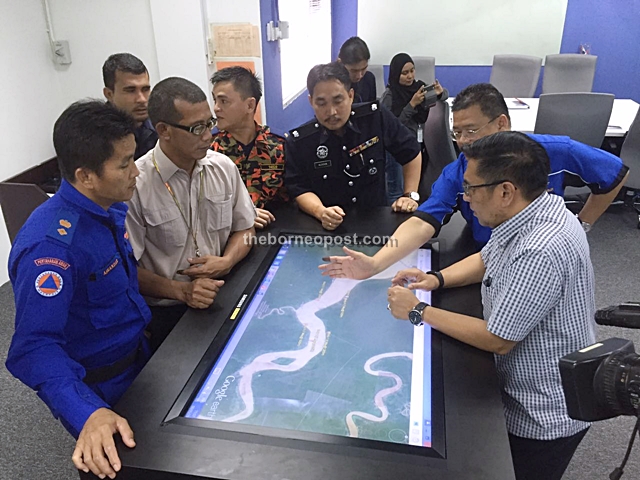 Representatives of the search and rescue operation going over a map of the crash site.

KUCHING: The sixth victim of the helicopter crash in Sebuyau has finally been recovered today (May 9) at about 10.15am.

The body of pilot Captain Rudolf Rex Ragas was found about 5.5KM from the Triso ferry point.

The search will now continue for the remains of the crashed AS350 Eurocopter, with the assistance of sonar detection equipment.

The helicopter took off from SMK Spaoh at 4.12pm on Thursday and was at the halfway point of the scheduled journey to Kuching when it vanished from radar screens at 4.32pm.

Since then, the Search and Rescue team have been combing the crash site, first recovering debris from the helicopter and eventually, the bodies of the victims.

Captain Rudolf is the last of the six victims to be found.