Tuesday, August 16
You are at:Home»News»Sarawak»Van gutted near Saratok, safe exit for all aboard 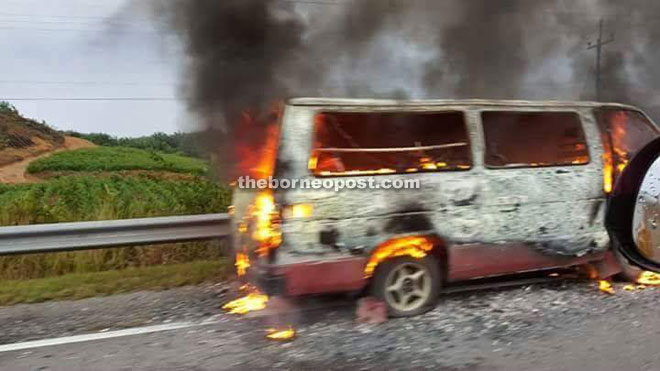 SARATOK: A group of people on board a van managed to scramble out of the vehicle before it was engulfed in flames in an incident that occurred at a section of the Saratok/Roban Road, about 19km from town, on Sunday.

According to a spokesperson from Saratok Fire and Rescue Department (Bomba), they got a distress call at 5.11pm.

“Six firefighters arrived at the scene about 15 minutes after the call and immediately put out the fire.

“Nobody was injured in the incident as the driver, on sensing that something was amiss, stopped the van and urged all his passengers to get out. It was unclear, however, as to how many

were inside the vehicle before it caught fire, but it is confirmed that all are safe,” the spokesperson said.

Investigation is ongoing to find out the cause of the incident.