Tuesday, February 7
You are at:Home»News»Sarawak»Alarm over Russian interest
For the freshest news, join The Borneo Post's Telegram Channel and The Borneo Post on Newswav. 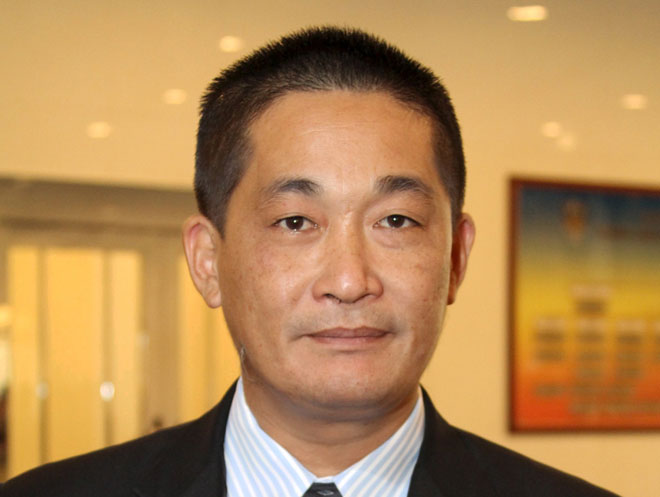 KUCHING: The news that a Russian oil and gas company is contemplating the acquisition of Petronas assets should be of great concern to Sarawakians.

Batu Lintang assemblyman See Chee How said this in expressing his shock over this development yesterday.

Speaking to The Borneo Post, See called upon Chief Minister Datuk Patinggi Tan Sri Adenan Satem to immediately issue a public statement to state unequivocally that the state will not agree to such deal which may compromise the territorial integrity and economic interests of the state.

“I will be tabling a private member’s motion in the coming State Assembly sitting to call upon our state legislative assembly to seek immediate clarification and explanation from the federal government on this disclosure of the Russian Energy Minister Alexander Novak,” he said in a press statement yesterday.

Russia Energy Minister Alexander Novak had revealed at Russia-ASEAN summit that its oil and gas company Zarubezhneft was in talks on entering projects in Malaysia and exploring and possibility of acquiring the assets of Petronas.

“Zarubezhneft shows interest in studying the assets of Petronas. The parties are holding consultations about it,” Novak said according to a news report by Russia’s TASS News Agency on May 20.

Novak said that Zarubezhneft is also in talks on entering projects in Malaysia.

“As for Zarubezhneft they are studying opportunities to enter projects in Malaysia. Zarubezhneft has a lot of experience to enhance the effectiveness of existing fields, and offers its services and participation,” Novak added.

See, who is state PKR vice chairman, said the state should again, rise and act as one, to safeguard its territorial integrity and the economic interests.

“It should be recalled that the Sarawak State Assembly had on the Dec 8, last year, barely six months ago, unanimously passed a motion which amongst others expressed the state’s commitments to review certain federal acts, including the Territorial Sea Act 2012, the Continental Shelf Act 1966 and the Petroleum Mining Act 1966 which are deemed to have encroached upon the rights of the Sarawak, particularly to our natural resources and constitutional territorial jurisdiction.”

He said the Chief Minister, in his winding up speech 10 days later, had also agreed that the constitutionality and legality of the Territorial Sea Act 2012 and the other legislatures which may involve altering the territorial boundary and jurisdiction of the State will be raised with the federal government.

“The disclosure by the Russian Energy Minister that their state-owned oil and gas firm Zarubezhneft and Petronas are holding consultations over the acquisition of Petronas assets and that Zarubezhneft is studying opportunities to undertake projects in Malaysia, offering its experience, service and participation to the existing oil and gas fields is alarming.

“Petronas purportedly owned all the oil and gas fields, whether complete with production platforms and rigs or otherwise, throughout Malaysia.”

See said Sarawakians should bear in mind that the bulk of the country’s oil and gas fields are located within the territorial waters of Sarawak, and so are the petroleum production through the Petroleum Sharing Contracts (PSC) that they have signed with third parties.

“However, their rights of ownership to our petroleum resources were derived from the emergency ordinances and proclamations of emergency which had since been repealed and lifted in 2011.”

“In consequence thereof, the ownership of the rich petroleum and gas reserves in the continental shelf within our territorial boundary was reverted back to Sarawak. The federal government and Petronas have no basis to maintain the ownership beyond April 2012 and negotiation of any of the Petroleum Sharing Contracts (PSC) should now rightfully be done with the state.”

See said the matter is of critical importance to Sarawak, in terms of our state’s territorial integrity and jurisdiction and the control and management of the state’s resources.

“It goes to the very tenor of the state’s autonomy which we should assert resolutely. I am certainly hopeful that all the members of the Sarawak State Assembly will support such a motion.”

It was unclear whether the proposed acquisition of Petronas assets was part of the discussion during the recent bilateral meeting between Prime Minister Datuk Seri Najib Tun Razak and Russian president Vladimir Putin in conjunction with Asean-Russia Commemorative Summit.

Putin’s aide Yuri Ushakov, in a statement on Tuesday, said that among the agenda for the meeting with Najib were closer trade and economic cooperation, implementation of investment projects in energy sector, expansion of military technical cooperation and humanitarian ties.

Meanwhile, when contacted by The Borneo Post for comments, Petronas said they have prepared a statement pending approval. At press time, the statement has not been made available.