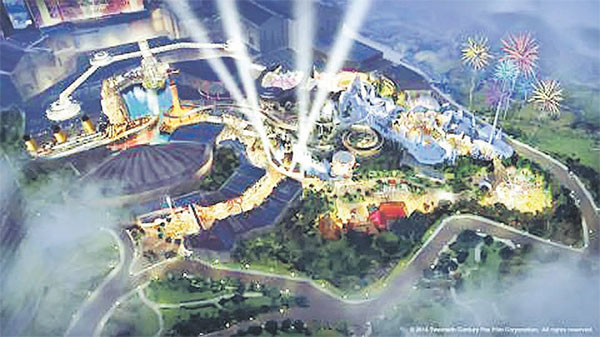 While the main attraction, 20th Century Fox World theme park will only be ready by end-2017, the RM10.38 billion 10-year GITP development is progressively opening up the retail space, restaurants and casino floor in 3Q16, which should be able to contribute to Genting Malaysia’s bottom line.

This was on the back of it announcing its core net profit of RM319.1 million for the first quarter of 2016 (1Q16) which Kenanga Investment Bank Bhd (Kenanga Research) pegged as within expectations.

“The core earnings were adjusted including RM138.8 million forex translation loss, which was reported in its Investment and Other business segment, mainly due to the recovery of the ringgit which resulted in a loss position for its cash and assets held in US dollar denomination,” it explained in a report yesterday.

“1Q16 core earnings fell seven per cent on a quarterly comparision as revenue slid three per cent to RM2.21 billion, owing to lower hold percentage for its VIP business in Resorts World Genting.

“This affected its Malaysian operations with adjusted EBITDA declining 10 per cent to RM451.5 million as revenue contracted 13% to RM1.31b.”

However, Genting Malaysia’s casinos in the United Kingdom posted strong numbers with adjusted earnings before interest, tax, depreciation and amortisation (EBITDA) soared threefold to RM98.6 million as revenue jumped 23 per cent to RM528.9m thanks to higher hold percentage for its premiums segment and higher bad debt recovery.

While the main attraction, 20th Century Fox World theme park will only be ready by end- 2017, Kenanga Research said the RM10.38 billion 10-year GITP development is progressively open-ing up the retail space, restaurants and casino floor in 3Q16, which should be able to contribute to Genting Malaysia’s bottom line.

“Despite the strong 1Q16, we remain cautious on the VIP- centric UK operations, which could be volatile while the Resort World Birmingham may need some time before showing meaningful results,” it added.

“Meanwhile, the Resorts World New York City numbers should be sustainable while Resort World Bimini is looking to be profitable by mid-2016.

“We keep our FY16 and FY17 estimates unchanged for now. We upgrade Genting Malaysia to market perform from underperform as its share price has fallen three per cent year to date.”