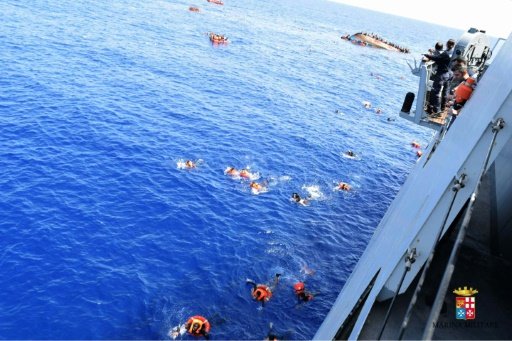 This handout picture released on May 25, 2016 by the Italian Navy (Marina Militare) shows the shipwreck of an overcrowded boat of migrants off the Libyan coast -Marina Militare / HO/AFP photo

ROME: Survivors of a fishing boat shipwreck in the Mediterranean off the coast of Libya on Wednesday said that some 100 migrants may have drowned, the International Organization of Migration said Thursday.

“The survivors who talked to our teams when they landed at Porto Empedocle (Sicily) spoke of 100 missing people who were stuck in the hull,” IOM spokesman in Italy Flavio Di Giacomo told AFP. -AFP