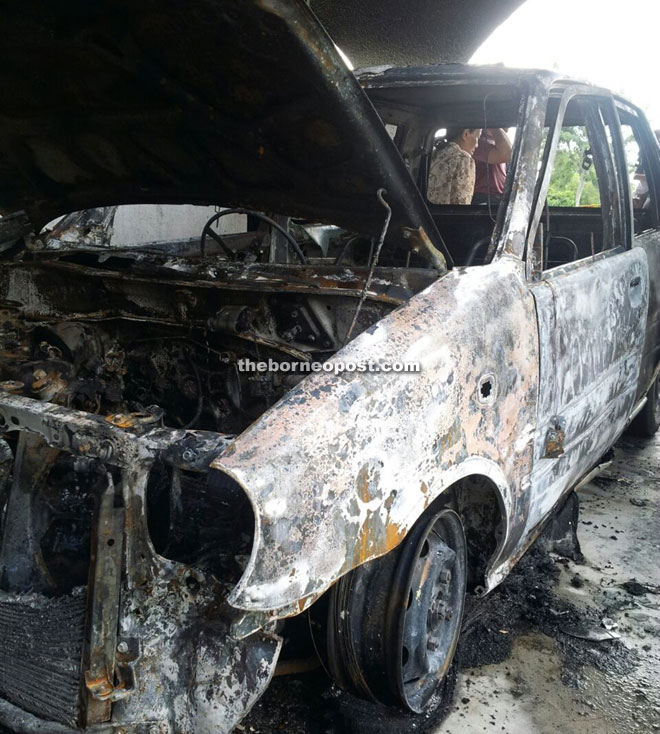 MIRI: A car parked inside the car porch of a house in Piasau caught fire early yesterday morning, damaging the structure.

Fortunately, the fire did not spread into the house but the porch was severely damaged.

Lopeng fire station immediately sent a team of firemen in a fire engine to the scene after receiving a distress call around 1.30am. 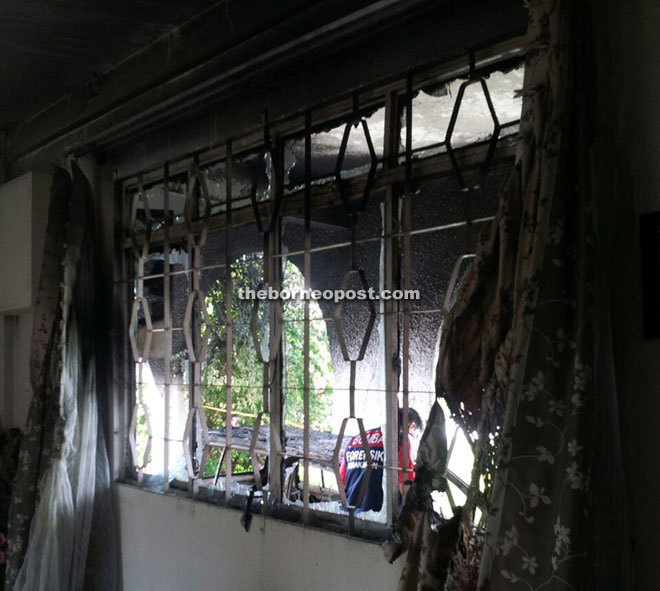 Due to the intensity of the fire, the wall separating the porch and the house was severely damaged.

According to the house owner, known as Norlia Lampang, 66, she was sleeping in the living room when the fire broke out.

“I first smelt smoke… and when I woke up, I saw intense fire engulfing the car,” she said when met at her house yesterday morning.

She said she immediately shouted and alerted four other family members inside the house.

The actual cause of the incident has yet to be determined as investigations were underway.

Luckily, no injuries were reported in the incident.