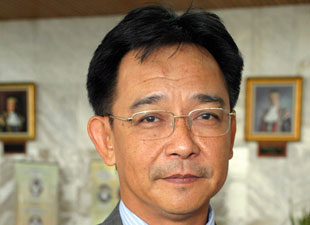 KUCHING: The government is serious in promoting sports throughout the state, including in rural areas, to produce world-class athletes for the future.

Assistant Minister for Youth and Sports Datuk Abdul Karim Rahman Hamzah said the state government would consider building sports facilities and centres of excellence throughout Sarawak but this would depend on the viability and availability of budget to finance such projects.

Due to financial constraints for sports infrastructure development, the Asajaya assemblyman reasoned that the building of such facilities in rural areas would depend on the needs of the local community and whether they would be fully utilised.

“It is the intention of the government to build sports facilities throughout the state especially in small townships like Long Lama. The state is serious in developing more athletes to succeed and taking up sports as a professional career. However, this would depend on the need and suitability of a particular area while taking into account the financial aspect.

“The government always aspires to produce more athletes to excel in sports and represent the country such as the likes of national diving queen Pandelela Rinong,” he said when responding to Dennis Ngau (BN — Telang Usan) during the question-and-answer session at the State Legislative Assembly yesterday.

He said this would encourage the rural community into taking up sports and successfully pursuing it as a professional career in addition to promoting a healthy lifestyle.

He also suggested whether it was suitable for sports excellence centres to be built in his constituency, taking advantage of the abundant natural resources such as vast river network to promote rowing and kayaking.

To this, Abdul Karim said the government’s aspiration to build sporting facilities in rural areas after suitability was put into consideration. The same went to the establishment of centre of excellence.

“Like our aim in building sports facilities, the government will consider the viability of building a sports excellence centre in any of the proposed areas. We want to encourage the youths to take up sports and develop them into professional athletes,” he added.