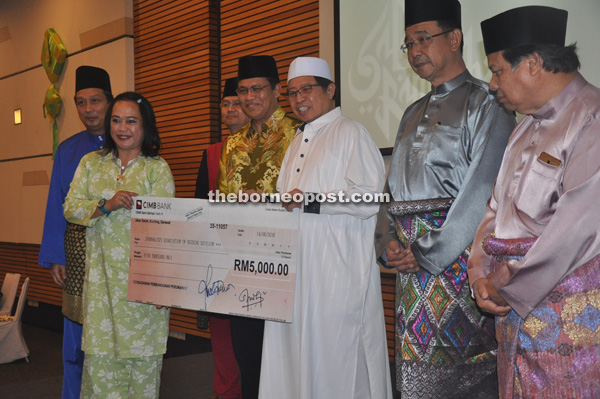 KUCHING: The state government is going all out to help people in house ownership, including the middle income group, with a new housing scheme called ‘Spectra’.

Minister of Housing and Urbanisation Datuk Amar Abang Johari Tun Openg said this housing scheme, which is only for Sarawak is branded as ‘Spectra Affordable Housing’ and ‘Mid-range Spectra House’ (Rumah Spektra Medium).

“The Sarawak government does not only focus on affordable housing but also mid-range housing. With our own branding, Sarawak does not rely on the federal government housing scheme as it now has its own housing scheme,” Abang Johari, who is also a deputy chief minister, said at the HDC and Daya Builders Sdn Bhd (DBSB) breaking of fast with Kuching Division Journalist Association (KDJA) at the Borneo Convention Centre Kuching (BCCK) on Friday.

He added that the ministry went to Australia and Singapore to find inspiration for the housing scheme, and concluded that the Singapore model is more suitable for Sarawak.

Similarly, he said his ministry will upgrade and improve amenities in new housing areas in Sibu and Miri.

Meanwhile, Abang Johari also presented donations of RM15,000 to 31 mosques and suraus under Housing Development Corporation (HDC) throughout the state; and RM5,000 to KDJA.

Previous ArticleWork on Miri-Marudi road to start after mid-Sept
Next Article One dead, two injured in two-car collision