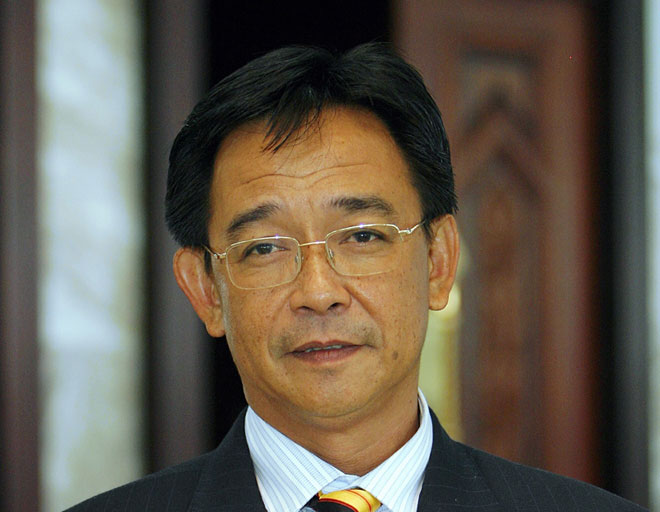 KUCHING: It is important for the government to review its death penalty legislation to restore judicial discretion in sentencing, said Assistant Minister for Youth and Sports Datuk Abdul Karim Rahman Hamzah.

Lauding the move, he believes that sentencing is part of the cardinal principle of judicial independence that should be left to the judges.

He said with their experience in hearing cases, judges would take into account the peculiar facts and circumstances of each case as they make comprehensive consideration when meting out punishment.

He felt that mandatory sentences create an unnecessary fetter on judicial discretion and an unwarranted impediment to the administration of justice.

“I fully agree that the Malaysian Government should have a relook at its death penalty legislation. The area that needs serious consideration for amendment are offences where only one decision is provided, that is the mandatory death penalty.

Abdul Karim was commenting on Minister in the Prime Minister’s Department Nancy Shukri’s statement that the Attorney-General’s Chamber will prepare a paper on the amendments to the death penalty legislation for submission to the government.

This follows the completion of a comprehensive study on the matter carried out by the AG’s Chamber with consultation from world renowned expert on death penalty Dr Roger Hood, a professor of Criminology and Emeritus Fellow of all Souls College Oxford.

According to Nancy, in her intervention note at the 6th World Congress Against the Death Penalty in Oslo, Norway, there are positive signs in the country and a steady momentum towards possible change in the death penalty legislation.

In Malaysia, the death penalty is mandatory for 12 offences whilst 20 other offences are punishable with discretionary death penalty. Currently, capital offences that carry the mandatory death penalty under Section 302 of the Penal Code include murder, drug trafficking, act of terrorism and treason.

“We can still maintain the maximum penalties especially mandatory death but let the judges have a discretion whether to impose capital punishment or imprisonment, if an accused is found guilty,” Abdul Karim pointed out.

He opined that the three main organs of the Malaysian government – the executive, legislature and judiciary – must be independent of each other.

“The executive (Cabinet ministers) and legislature (Parliament) should not ‘tie the judges’ hand’ and make laws where the judge does not have power to make a discretionary decision. These laws, in my view, are bad laws. If the executive and legislative make laws, where the judiciary does not have discretionary powers based on the evidence and facts to impose a decision, that law should be reviewed,” he continued.

Abdul Karim applauded the government for reviewing its legislation on the mandatory death penalty.

In May, Nancy was reported as saying that there are some 1,000 inmates in this country on death row, with a decision yet to be made whether the government will amend its capital punishment policy and abolish death sentence.

According to statistics from the Prisons Department, as of May 16, there were 1,041 inmates on death row for murder, drug trafficking, unlawful possession of firearms and kidnapping. The sentences have not been carried out as the cases were still pending appeals with the courts and respective state pardon boards.