Sunday, May 22
You are at:Home»News»Sarawak»Develop heritage sites to boost tourism – Lee 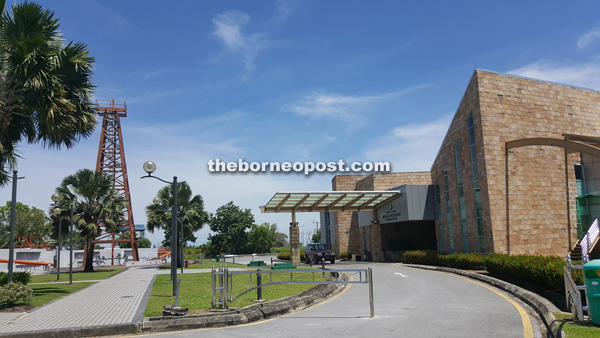 Oil Well No. 1 (structure on the left) and the Petroleum Science Museum at Canada Hill.

MIRI: The development of heritage sites in Miri, the northern gateway to Sarawak, is expected to enhance the image of the state, particularly Miri City, on the world map.

Newly appointed Assistant Minister of Tourism Datuk Lee Kim Shin wasted no time in enlisting the services and expertise from the relevant agencies like the Sarawak Museum Department in identifying the heritage products in Miri City and its hinterland.

On Friday, about a week after attending a briefing by the state Ministry of Tourism, Arts and Culture, Lee brought officials from the Sarawak Museum Department led by director Ipoi Datan for a meeting with the relevant agencies including the Resident’s Office to jointly identify the heritage products to be gazetted as heritage sites.

“Topping the list for development is the Resident and District offices – Rando as well as the Islamic Religious Department – which Jais set up in 1912, soon after the nation’s first oil well in the country was found on Canada Hill in 1910.

“I have suggested that this historical building be made a cultural and heritage museum for Miri to showcase our rich heritage here where we have over 30 ethnic groups,” he told reporters after chairing the meeting.

He added that the conversion of Rando/Jais into a museum is timely, as the office will be moved in a few months to the newly completed Baitulmal complex next to the Boulevard commercial centre. 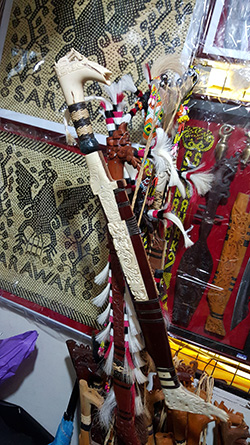 Among the native crafts that could be included in the proposed Miri Heritage Museum.

“Rando/Jais, being strategically located in Miri City centre, within the tourism belt, will be a one-stop centre for tourists and locals to learn more about the cultures, traditions and lifestyle of the people, as well as the history of Miri, which has a large community of expatriates,” he said.

For the success of the museum, Lee urged the local community to contribute their respective community’s artefacts, cultural and historical items to be placed in the museum.

Lee said Chief Minister Datuk Patinggi Tan Sri Adenan Satem had agreed to his suggestion for the conversion of Rando into a museum and other heritage development. The Museum Department will make the proposals and bid for funds for the projects.

Other heritages to be included are the government Resthouse at Tanjung Lobang – which was the resident’s quarters during British rule, the Miri Light house also at Tanjong Lobang, where the Japanese landed during the World War II, where some of them died and were buried there.

“Every year, some Japanese come to pay homage at the site, while another two graveyards will be included as the heritage sites – the Memorial Park near SMK St Columba for some 20 victims of the Japanese during the war, and also the Makam Datuk Permaisuri – which has a long history even before the Brooke Era,” said Lee.

He added that Piasau Bridge – where Miri’s first traffic light is and probably the first in Sarawak – had been proposed for conservation as a heritage site.

“To complement the bridge, Shell had been asked to conserve at least three houses in the newly gazetted Piasau Nature Reserve,” he said.

Outside Miri, other historical sites to be enlisted as heritage sites are Fort Hose in Marudi, Lio Mato and Long Akah Forts, both in Baram.

“We are hoping the government will focus more on the development of these historical sites as Miri has only two listed on the heritage list – the Oil Well No. 1 and the Japanese War Tunnel beneath Canada Hill,” said Lee.

He appealed to the government for more direct international flights to Miri, adding that the city, with over 300,000 population, has many expatriates working in the oil and gas industry.  Miri, which achieved city status in 2005, has only one museum, the Petroleum Science Museum next to Oil Well No.1.

Meanwhile, Ipoi said his department will undertake studies on all proposed sites for inclusion on the heritage list in line with their efforts to enhance the conservation and protection of historic environment and cultural heritage assets of Sarawak from disturbance, loss and depletion.

“We will make the proposal to the state government and bid for extra funding. As for the setting up of the museum at Rando/Jais, it will take some time to establish, probably in two to three years.

“We also need the support of the public to help with the artefacts to complement what we have collected over the years,” he said when met by thesundaypost after the meeting.

“Awareness undoubtedly has increased over the years, but many people are still not aware of the ordinance,” she said.

Among the activities carried out besides development programmes were educational including exhibitions, talks and dialogues including with antique dealers.

As for the development programme, under the 11th Malaysia Plan (11MP), the department had been allocated RM25 million to conserve, develop and build a few more museums in some of the unoccupied old forts.

These historical structures include Fort Lili in Betong, Fort Emma in Kanowit, Fort Hose in Marudi, Fort Sylvia in Kapit and Fort Brooke in Meluan. 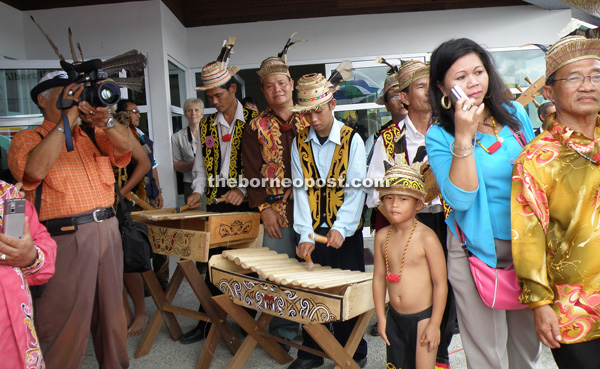 The Orang Ulu community in Mulu are among those with a rich, cultural heritage.

Members of the Miri Outpost and Miri Petroleum Ladies Association (PWPM), most of whom are expatriate wives, among those eager to know more about Miri.