Wednesday, July 6
You are at:Home»Features»Quanzhou – springboard of the Chinese diaspora 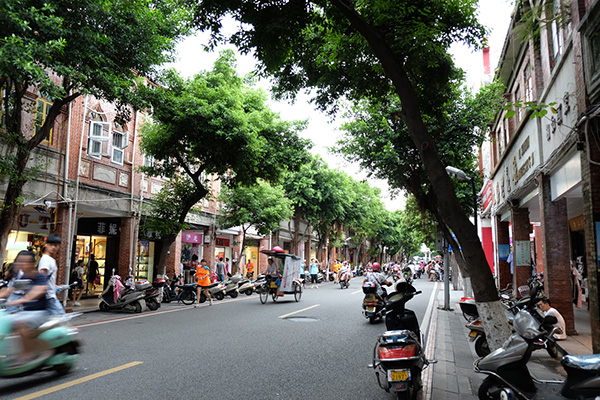 A view of Tumen Street in Quanzhou.

Quanzhou like Fuzhou has strong ancestral links to Malaysian Chinese as it was the springboard for the early Chinese migrants to cast their fate to the wind venturing into those faraway places with strange sounding names in search for a better life.

Many landed on the shores of Sarawak hence many Chinese in the state trace their roots to the city and its surrounding area.

This historical link with our state was enhanced when Quanzhou and Kuching City South signed a sister city pact.

Chen Guangying our guide in Fuzhou who accompanied us on this trip said Quanzhou is considered the wealthiest city followed by Xiamen in Fujian province as the city of eight million people has the largest business community.

Quanzhou an important port for Southern China was one end of the ancient ‘maritime silk road’ making it the entry point for foreign trade and cultural influence to ancient China.

It was from foreign traders that many local residents heard about the foreign lands in Nanyang (South Sea referring to South East Asia) and were encouraged to seek their fortune there.

It is estimated that 9.5 million of the Chinese Diaspora originated from Quanzhou and many of them settled in South East Asia. 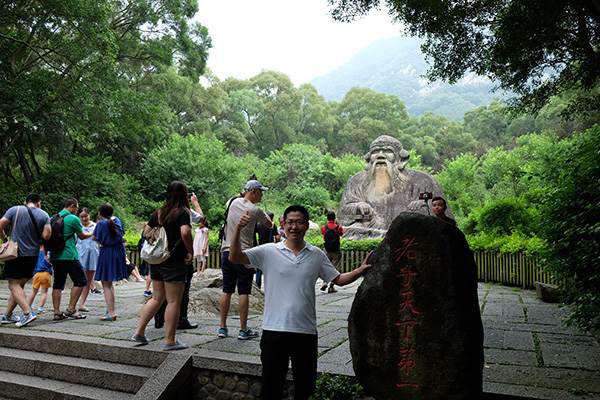 People posing with the stone statue of Laozi at the foot of Qingyuan Mountain.

One of the tourist spots in Quanzhou we visited was the Qingyuan Mountain National Park where China’s oldest Islamic holy tomb is sited.

Merchants from the Middle East who came to China via the maritime silk road brought with them their religion as a result Quanzhou has one of the oldest Muslim communities in China.

The tomb and the surrounding Muslim cemetery bear testimony to the early spread of Islam to China through the city.

It is claimed that the tomb dates back to the Tang Dynasty which means the tomb it is over 1,300 years old.

Further proof of the age of the tomb is a plaque on the wall which states the tomb was renovated in 1322 and another one said Admiral Zheng Ho the famous Chinese explorer visited the tomb twice.

In China, Muslims are known as Hui-zu or Hui people and today there are about 40,000 of them in and around Quanzhou city.

Chen told us Muslims in Quanzhou seldom marry outside their close knit community although they have assimilated well with the rest of the people.

“Hui-zu in Quanzhou are more liberal as they patronise non-halal eateries  as long as they do not serve pork. However, Hui-zu only marry among themselves,” she said.

The city also has sizeable communities of Christians, Buddhists and Taoist while traditional ancestral worship is still deeply entrenched among its people.

Within the park we were taken to the stone statue of Laozi the Taoism patriarch and Kaiyuan Temple at the foot of Qingyuan Mountain.

There used to be a famous Taoist temple behind that statue but it had deteriorated so much over the years it had to be torn down.

The Kaiyuan Temple has two towers on the east and west. The main part of the temple is Da Xiong Bao Dian, the hall for the community to pray. Visitors are prohibited from taking photographs inside the hall. 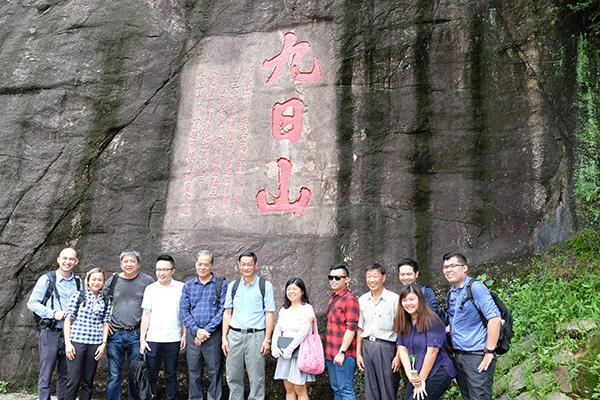 A visit to Quanzhou cannot be complete without a hike up Jiuri Shan (Nine Suns Hill) a sacred place for the locals and an important vestige of the city’s past glory as the entry point to Southern China.

During our visit there a resident guide who wished to be known as Lao Hu said the local people would climb Jiuri Shan on the Double Nine Festival (the ninth day of the ninth lunar month).

There are still 75 tablets of inscriptions on the stones of Jiuri Shan chronicling events when Quanzhou was the destination of the ancient Chinese Maritime Silk Route.

Jiuri Shan is strategically located near the strait of Taiwan with Anxi to the west and was once the prime location for import and export trade but those days were long gone as changes in the shoreline had pushed the sea further outward.

Hu told us that the city is famous for its tea especially the wu-long-cha and tie-guan-yin and seafood is an integral of the Quanzhou cuisine.

Its culinary specialties are fish balls and fish rolls and the local noodle mian xian or mee sua as it is known in Sarawak. 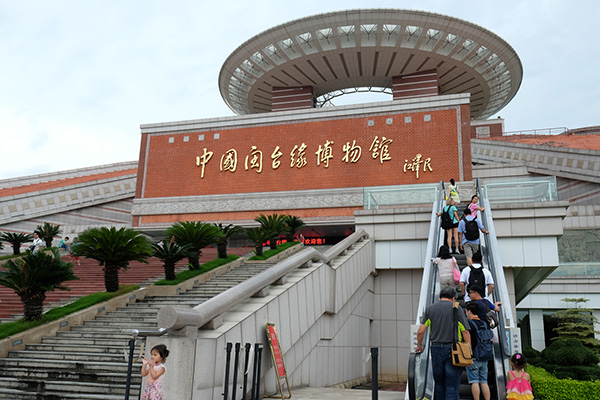 Museum for Fujian-Taiwan Kinship in Quanzhou.

This museum showcasing the long history, development and relationship between Fujian province and Taiwan is located within the vicinity of West Lake in Quanzhou.

If you were to go through every artefact and description in the museum coupled with narration of a guide, it will take you more than an hour to complete the tour.

I came across some interesting facts: Taiwan and Fujian belonged to the same administrative unit over a long period of time. In 1885, Taiwan was established as a province by the central government and in 1887, Taiwan and Fujian were governed in partition, but the two provinces of Taiwan and Fujian still maintain very close ties.

Every city has its main shopping centre and in Quanzhou it is Tumen Street. This street might have the old world charm of the San Fang Qi Xiang (Three Lanes Seven Alleys) thoroughfare of Fuzhou but it is a bustling happening place for the locals where drivers seem to be honking their cars all the time!

During my over one hour stroll along the street, I had lost count of honks ‘assaulting’ my ears.

However, if shopping is your mission in Tumen Street then the noise and the crowd are worth putting up with because prices of goods are cheap after some bargaining.

Like every urban centre in China, Quanzhou is developing at an almost breakneck speed – if I were to come back to the city in a few years time I am sure it be quite different from what it is now. 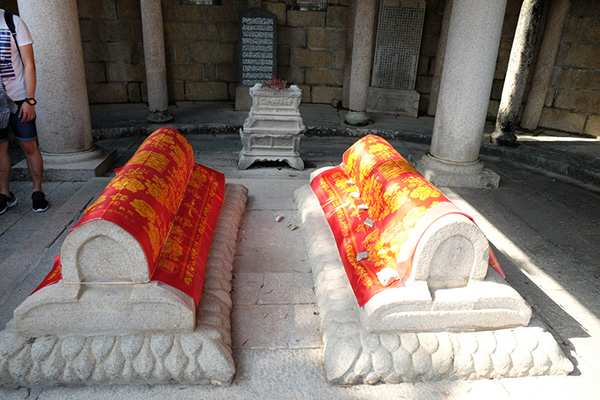 The oldest Islamic Holy Tomb in China is located in Quanzhou city. Above photo is the Muslim cemetery and the plaque showing the year 1322 when the tomb was renovated.