Sunday, May 22
You are at:Home»News»Sarawak»Abg Jo proposes to revive S’wak Arts Council 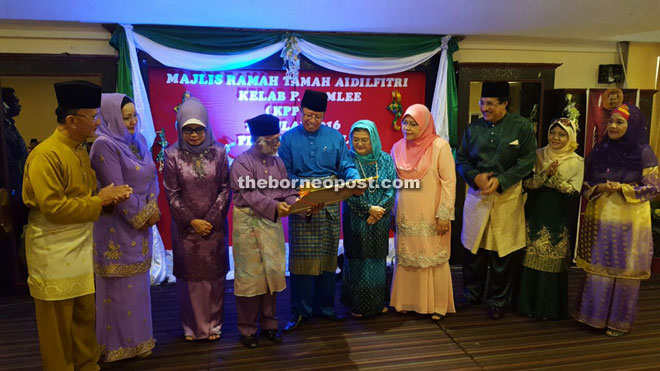 KUCHING: Sarawak Arts Council will be revived and revamped soon to help arts and culture movements throughout the state.

He said the council had been inactive though it had been in existence for quite some time.

Abang Johari is also the Minister of Tourism, Arts and Culture.

“A community that has values for arts and culture is a developed community. Arts can also be a medium to create unity among people of various racial or religious backgrounds as they can come together to share interest with each other,” he added.

He said Taib is well known to be a big fan of the works of the late Tan Sri P Ramlee while Adenan is well known as an avid fan of Cliff Richard and Elvis Presley.

Giving another example, he said he was impressed that Sarawakians from different ethnic backgrounds were able to appreciate and perform each other’s traditional music and dances which showed that cultural performances could unite the people.

“Our Prime Minister Datuk Seri Najib Tun Razak is known to be a fan of a certain Iban song (by Iban singer Andrewson Ngalai) called Berkikis Bulu Betis and when visiting Sarawak he enjoys participating in the poco-poco dance with the locals here. This shows the positive impact that arts have on Sarawak,” he said.

Stating he hoped to get the consent of the Chief Minister to revive the council, he said those who would be appointed to the revamped council should be passionate and knowledgeable in arts.

“Only with this type of people can the council be up and running. There is no way that the council can ever be active if the people in it are not passionate or knowledgeable,” he emphasised.