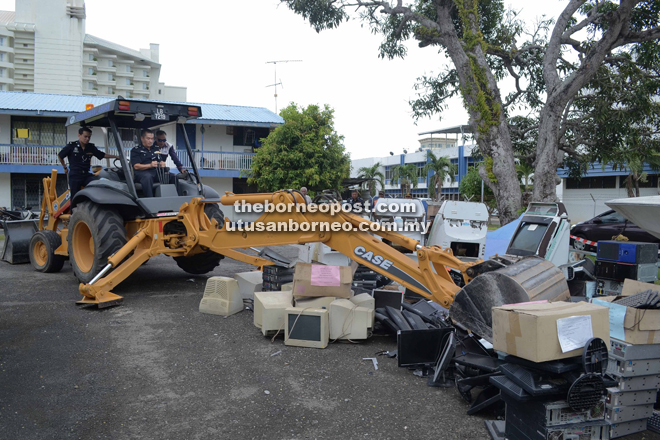 Adzhar controlling a tractor to destroy the 394 computers and 22 slot machines yesterday.

LABUAN: Three hundred and ninety-four computers and 22 slot machines used for illegal gambling activities which were confiscated by the police since 2007 were destroyed yesterday.

District police chief Superintendent Adzhar Othman said the computers and slot machines that were used for illegal gambling activities and confiscated since 2007 were destroyed after police received instruction from the Labuan Court.

He said the instruction was made after police submitted 35 investigating papers pertaining to numerous cases between 2007 and 2014.

Adzhar also said that 214 people, aged between 15 and 65, had been detained by the police in connection with the cases, while six had been charged in court under Section 4B(a) of the Common Gaming House Act 1953.