Thursday, January 20
You are at:Home»News»Court»Outcry over man discharged of statutory rape 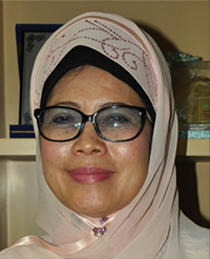 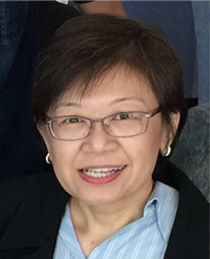 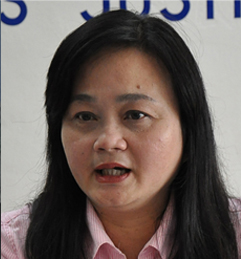 KUCHING: The deputy public prosecutor (DPP) has been urged to bring fresh charges against a man who was discharged of statutory rape not amounting to acquittal by the Sessions Court here on Tuesday because he married the victim.

Welfare, Women and Community Wellbeing Minister Datuk Fatimah Abdullah in making the call said the accused ought to be prosecuted as the offence was committed before the marriage and therefore it remained an offence.

“There had been other cases in the past where by the prosecution continued with their prosecution notwithstanding the marriage and we strongly urged them (DPP) to do so in this case,” she told T he Borneo Post when contacted yesterday.

Fatimah was commenting on the decision by the Sessions Court judge Afidah Abdul Rahman here to discharge Ahmad Syukri Yusuf, 28, because he and the girl, who was the complainant, had married.

Ahmad Syukri was initially charged with committing the statutory rape twice — firstly around 10am sometime i n the middle of Oct and the second time, around 1pm on Oct 16 last year.

The girl was then 14 when these incidents happened. She is now 15 years old.

Fatimah pointed out that statutory rape is a grievous of fence and her ministry viewed with grave concern the reason given by the presiding judge for discharging the accused.

“The accused was charged for statutory rape because the victim/complainant was under 16 years old at the time when the crime was committed. We don’t want this case to create a precedent for perpetrators to get away from paying for their crime by marrying the victims.”

Sarawak Women for Women Society (SWWS) vice president Ann Teo, when contacted said they were astonished and perturbed by the Court’s decision to discharge the man.

“There is a world of a difference between two teenagers dating becoming intimate and a man having sex with a girl half his age.

“What message does this ruling give men? You can get away with a crime as long as you marry the girl – is that what we want them to think? That marriage to the young girl is okay because it ‘legalises’ the illegal act of statutory rape?”

“Who allowed the marriage of a minor to take place?

Something is wrong with society if a child is told to marry her rapist to avoid shame.”

Teo opined that the society has to give girls in such positions support and options, adding that the Courts must uphold the law and call for a full assessment of the social situation to ensure the child was given help and not forced into a marriage of convenience for the accused.

Meanwhile, Parti Keadilan Rakyat (PKR) Women national vice president Voon Shiak Ni said the decision of the Sessions Court was absurd and it showed the flaws and loopholes in the country’s legal system.

“Reforms must be done to the existing laws on statutory rape jointly with the shariah laws on permission of child marriage. It is worrying to see this recurring phenomenon where rapists, resort to marriage to circumvent the mandatory provisions provided in the Penal Code to protect children from sexual abuse and child rape.”

She recalled that in the year 2014 in the case of 41-year-old restaurant manager Riduan Masmud in Kota Kinabalu who was also discharged from raping a 13-year-old girl by marrying her under the Shariah law had provoked national outrage. The prosecutors proceeded with the appeal against the decision.

“Why did it happen again today? How many cases does it need to take for a call for reforms in the laws? Our legal system will be under adverse scrutiny in the eyes of the world if we do not do something to prevent the opening of flood gates for rapists to escape the punishment under the law.”

Besides calling for reforms in the laws, Voon said a study must be done to resolve the contradiction between the provisions for the statutory rape in the Penal Code and the Shariah laws pertaining to marriage under the age of 15, as well as the provision under Section 294 of the Criminal Procedure Code which provides the binding over for the accused which is also a loophole, to ensure that the purpose of the statutory rape provision to protect minors from sexual abuse will not be overridden or defeated.