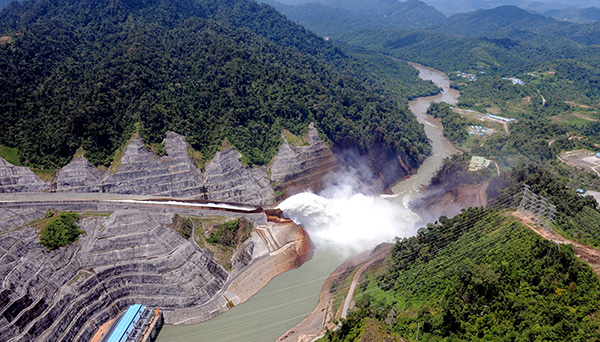 KUCHING: Interest in renewable energy projects has been gaining momentum in Malaysia, fuelled by the push for environmental awareness and sustainable and responsible investing, technological advancements, and a stable local regulatory framework.

This comes as RAM Ratings yesterday published a rating methodology on renewable energy projects as a thought leadership initiative to bring further clarity on the topic to the Malaysian bond and sukuk markets.

“Large economies in the international scene have sizeable renewable energy in their installed capacity mix, such as Germany (51 per cent), China (33 per cent), the United Kingdom (29 per cent) and the United States (16 per cent) in 2015,” detailled the group in a statement.

Although the sector is still at a nascent stage in Malaysia, RAM noted that the government has been encouraging the use of renewable energy through the Sustainable Energy Development Authority of Malaysia, which provides strong regulatory support to this sector.

“As such, we expect RE producers to experience encouraging growth and access the bond market, as has been observed globally,” added Chong.

RAM’s methodology outlines its analytical framework on rating debt securities issued by RE producers, with a focus on the risks faced by solar photovoltaic, biomass (including waste to energy), and hydro power plants in Malaysia.

Similar to conventional thermal-powered projects, renewable energy projects would be rated based on the project-finance methodology, so long as they are limited-purpose entities, with typical risk elements ring-fenced via contracts with key counterparties and debt-protection covenants stipulated in financing documents.

“Specifically for renewable energy projects, resource-supply risk is the most pronounced post-completion risk,” it added.

“Generally, pre-completion risk is the highest for large-scale hydro power plants involving the construction of dams. This is because it involves land acquisition and settlement relocation, albeit moderated by relatively lower operational risk compared to thermal-power plants.”