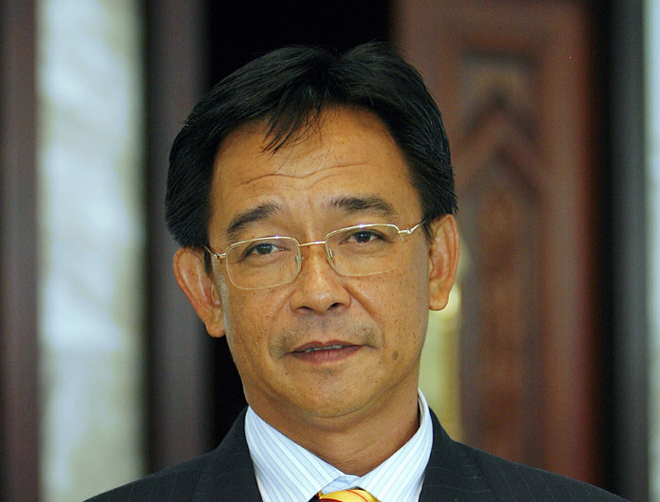 He said the investigation was carried out to find if there was any wrongdoing.

“An official statement will be forthcoming. MACC is doing their investigation in the event of any wrongdoing and I welcome that,” he told The Borneo Post when contacted yesterday.

He was asked to comment on the shocking revelation that MACC raided the homes of two cycling officials here on Monday where they seized documents related to the organisation of cycling events at Sukma.

props including a haphazardly erected start-and-finish gantry with scaffolding poles at the track events and voiced their outrage over the poor organisation of the cycling events.

It was also reported that several Malaysian National Cycling Federation (MNCF) commissaries had made it known that the BMX track in Bukit Siol was not up to the required standard although constructed with an allocation of RM1 million from the state government.

To this, Abdul Karim, who is also Sarawak Cycling Association (SCA) president, said the association has been entrusted by the government to construct the BMX track, the downhill MTB track and the cross-country MTB track.

“Honestly, I was shocked when I heard news on the investigation and I’m currently waiting for further details on what is not right. But in terms of management, suffice to say that from what I can see, the cycling association has been managed well and has been transparent,” he remarked.

Meanwhile, state MACC director Datuk Badrul Shah Norman would only confirm that investigation was ongoing and declined to comment further.