Tuesday, January 25
You are at:Home»News»Sarawak»‘UPP ready to soar to greater heights’ 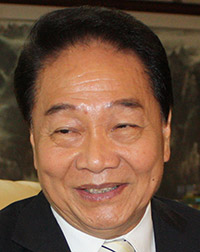 KUCHING: With the return of its three assemblymen, United People’s Party (UPP) will be charting a new course, including recruiting more members, to further strength the party.

Party president Dato Sri Wong Soon Koh said he did not want to look back.

He said he preferred to look forward and set a new direction for the party now that the trio had returned.

“We are now complete and re-united again. It is time to set a new direction for the party and move on from here,” he told The Borneo Post yesterday.

“UPP will re-group and reconsolidate to bring the party to greater heights, where we will initiate recruitment drive to attract more young people to join us.”

After the state election, they applied to join PBB, but PBB, until today, have yet to approve their applications, leaving them to remain partyless.

Then beginning Aug 11, the three, one after the other, decided to heed calls from their branch leaders to return to UPP.

On Aug 11, Ranum announced he had returned to UPP with immediate effect after Opar UPP branch asked him to re-join UPP instead of waiting for PBB’s reply.

Ranum said he was tired of running around without a party, too.

The following day, Rayong followed suit. He said he never had any quarrels with UPP, and since it was the request of Engkilili UPP branch for him to make a U-turn, he had to do so, with immediate effect. On Saturday, Dr Jerip Susil also declared he was ready to rejoin UPP.

Dr Jerip, who is also Public Health Assistant Minister, made the decision based on the request of his grassroots supporters, too. Furthermore, he said the supporters did not want to be leaderless for too long as there were issues that needed to be settled in his constituency.

On their returning to UPP, Wong said the party welcome them.

“They have always been our comrades. Even when they applied to join PBB, all of them still keep close touch with us. UPP will continue to work with them for the betterment of the party, our members, and our constituents,” said Wong, who is also Second Finance Minister.

Previous Article65 nabbed in 32 raids on cockfighting, gambling joints statewide
Next Article No word yet from Interpol on Stephen Lee’s whereabouts