Monday, February 6
You are at:Home»Features»Saving endangered Chinese Egret
For the freshest news, join The Borneo Post's Telegram Channel and The Borneo Post on Newswav. 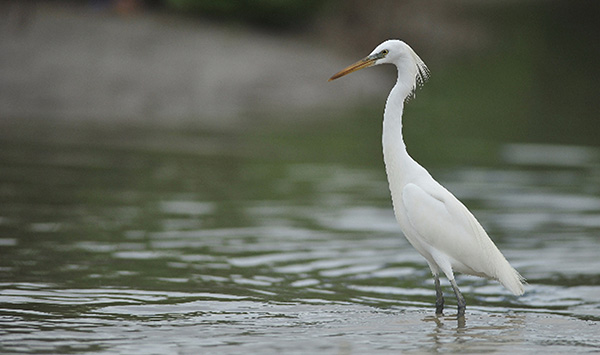 A CROWD of pedestrians gazed out onto the Buntal mudflats at low tide. A huge mixed flock of birds were hunting for their next meal. However, a singular Egret stood and looked out towards the receding tide before making a mad dash to catch the fleeing fish.

Buntal, which is part of Bako-Buntal Bay, one of the chosen locations for the Sarawak International Bird Race 2016, was incorporated into the East Asian-Australian Flyway Network (EAAF) Site in 2012.

The main observation point for bird watching is Buntal, a small fishing village, a 45-minute drive from Kuching, and located on the Santubong Peninsula.

The nutrient rich mudflats, sandflats and mangrove forests have long been recognised as a major stopover and refuelling point for migrating birds.

More than 25,000 birds from 27 species, many of which are globally threatened, have been recorded by Malaysian, Sarawakian and International bird watchers here. For example the Nordmann’s Greenshank (Tringagunifer), a rare migrant shorebird species is wholly restricted to the EAAF, the Asian Dowitcher (Limnodromussemipalmatus) and the Far Eastern Curlew (Numeniusmadagascariensis).

This Important Bird Area (IBA) hosts 10 per cent of the globally vulnerable species of the Chinese or Swinhoe Egret (Egrettaeulophotes) — the figure that walked alone.

Buntal Bay is one of the 55 IBA sites in Malaysia. This recognition records the importance of support from government agencies to ensure that hotspots of biodiversity are maintained.

The stylishly beautiful Chinese Egrets have long beaks and necks and strikingly white feathers. They stand at 65 to 68 cm and weigh 390 to 540 grams.

Their range extends from the northern summer breeding  grounds in uninhabited offshore islands of Russia, North Korea, South Korea and China to its overwintering sites in Bohol and Cebu and Leyte of the Philippines as well as Sarawak and Selangor.

Counts suggest that 30 to 50 per cent of the entire world population spend the winter months in these Malaysian states.

This highly migratory White Heron or Egret used to breed in Taiwan and Hong Kong but these locations are now part of the migratory route for non-breeding birds and other visitors which includes Japan, the Philippines, Vietnam, Thailand, Peninsular and Eastern Malaysia, Singapore, Indonesia and Brunei.

Chinese Egrets are stunningly beautiful and when they arrive in their northern breeding grounds of Russia, China, South Korea and North Korea, their exceptionally long courtship plumes as well as long feathers on their breasts have appeared.

Their courtship beaks have turned a brilliant orange with reddish tinges at the base. Males and females are equally as striking as there is no difference in the plumm age between the sexes.

Chinese Egrets build round nests from straw and creeping plants in trees, low shrubs or even rocky cliffs in mixed colonies of others species of egrets and herons, comorants (Phalacrocorax), puffins (Fratercula) and gulls (Larus), guillemots (Cepphus).

Chinese Egrets are known to move if their nests are

disturbed. The female lays one to five eggs that hatch after 24 to 26 days of incubation. Then the hatchlings are fed fish and crabs for 36 to 40 days before they leave the nest. 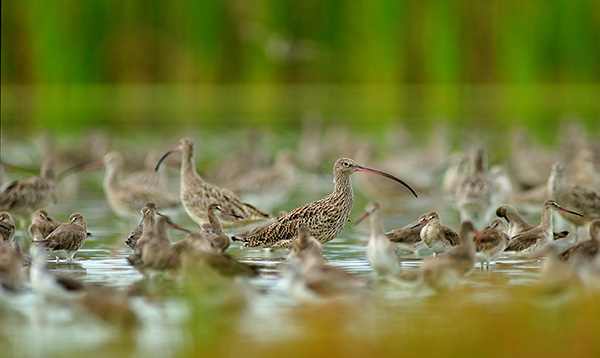 Chinese Egrets are active feeders with a couple of strategies to hunt down their prey.

Daniel Kong, an avid member of Sarawak’s birding fraternity and long-time member of the Malaysian Nature Society Kuching branch, described how these birds, which are well-adapted to feeding on tidal mudflats covered with murky water, hunt.

He said one strategy is to move quickly through the water and then to crouch down like a cat to stab at the small fish, crabs or other invertebrates, disturbed by the Egret.

Another strategy is quickly chasing the fleeing fish or prey and if the prey is fast, the bird will be almost flying to catch it.

He noted the birds would probably only go into water about half way up their legs.

Although Chinese Egrets hunt individually or in pure flocks, they will roost at night — if there is a shortage of spots — with other egrets. They can be seen roosting in mangroves or other species of trees, on the large fish traps built to catch fish on the incoming or outgoing tide.

Daniel noted Chinese Egrets had even been seen roosting in abandoned dried up aquaculture pond.

The Chinese Egret was a fashion victim as in mid-19th century in London as its decorative breeding plumes were sought after as an accessory.

Breeding colonies were wiped out to meet this demand and its population does not seem to have recovered.

Current threats to this species, listed as vulnerable in the IUCN Red List, are habitat loss and pollution.

Tidal estuaries and mudflats are threatened by changing land use as these areas are converted to agriculture or aquaculture.

Chinese Egrets, unlike many of the other species of egrets and herons, are seldom found in paddy fields, preferring the coastal areas, so the loss of such areas can threaten this relatively small population.

In a few places, egrets are hunted for their eggs.

However, on the bright side, steps are being taken to protect the magnificent egret. It is fully protected in Russia, China, Taiwan and South Korea but in Sarawak, it’s only listed as a protected species.

Some key breeding, resting and overwintering sites in Russia, China, North Korea, South Korea, Taiwan and the Philippines have been fully protected.

In Sarawak, Buntal has been recognised as an IBA as has Pulau Bruit National Park, which is a fully protected area — another overwintering site in Sarawak for the Chinese Egret. 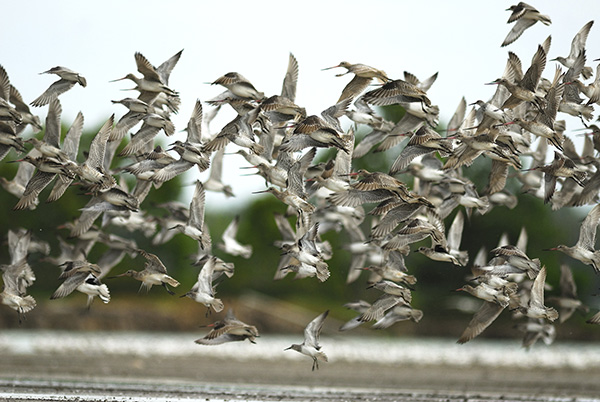 “One of the reasons for organising the Sarawak International Bird Race 2016 is to increase awareness among Sarawakians of the importance of birds,” said Datu Ik Pahon Joyik, permanent secretary of theTourism, Arts & Culture Ministry.

He added that the Bird Race was aimed at promoting birding tourism, a niche market, in Sarawak.

Perhaps that’s the key. Not only should the Chinese Egret and other endangered species and key habitats be protected but there should also be an awareness of their importance to the natural world.

The Sarawak International Bird Race on September 24 and 25 is an exciting opportunity for experienced and novice birders to improve their identification skills while making positive scientific contributions.

If luck is with you, the Chinese Egret might be at Buntal. For more information, contact Secretariat at sarawakbirdrace@gmail.com or jemanz@sarawak.gov.my. 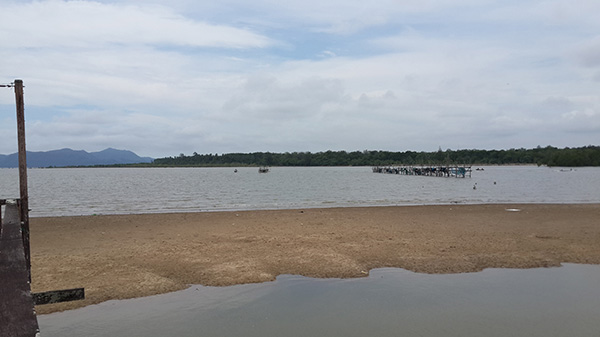