Sunday, May 22
You are at:Home»News»Sarawak»Group protests opening of Brooke Gallery 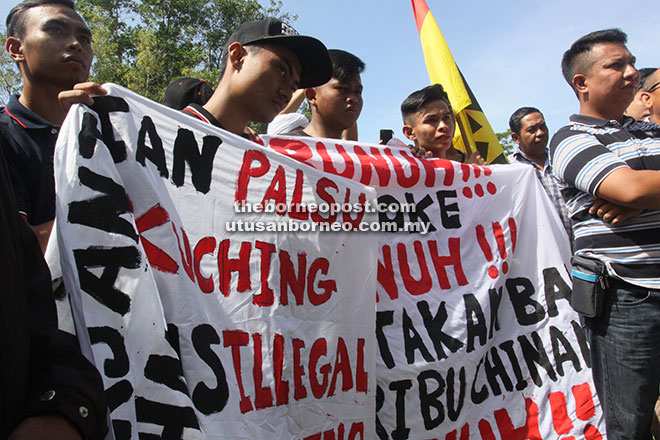 The demonstrators outside the gallery compound.

KUCHING: Anak Warisan Sarawak (Awas) held a peaceful protest outside the compound of Fort Margherita yesterday against the opening ceremony of the Brooke Gallery.

Group leader Yusuf Jaili claimed Awas, which consists of several associations, opposed the opening as it glorified the Brooke legacy.

“No states or countries in the world would build a gallery specially to showcase those who had invaded them,” he claimed.

Yusuf called on Minister of Tourism Datuk Amar Abang Johari Tun Openg, who officiated at the opening, and the Brooke Trust to close the gallery.

He also presented a memorandum to Abang Johari on the issue.

Meanwhile, Abang Johari pointed out that the gallery did not seek to glorify the Brookes.

“History is still history and we cannot erase them from us. Whether it is valid or not, I leave it to experts and historians to decide,” he said.

He urged the group members to think rationally and use an intellectual approach in their decisions.