Thursday, January 20
You are at:Home»News»Sarawak»Biggest MACC seizure in history 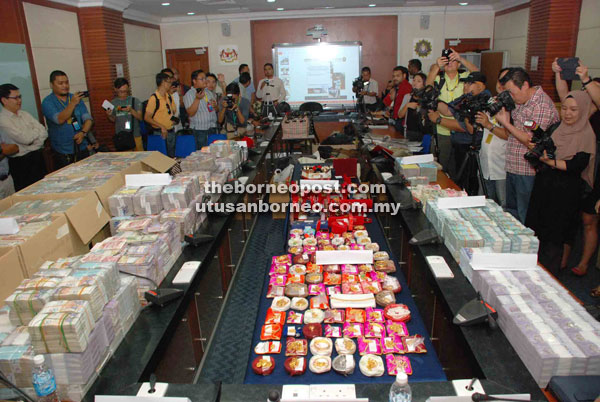 Cash amounting to RM52 million, jewellery, luxury watches and foreign currencies that were seized by MACC.

KOTA KINABALU: The Malaysian Anti Corruption Commission (MACC) has made their biggest cash seizure in its history following the arrest of two senior government officers here on Tuesday.

About RM112 million in cash was seized from four individuals, namely a 54-year-old director and his 51-year-old deputy, the deputy director’s 55-year-old businessman brother with a Datuk title, and his 50-year-old accountant.

The director and deputy director were arrested at their office on Tuesday while the  businessman and the accountant were picked up by MACC yesterday.

The director and deputy director were suspected to have handled infrastructure construction projects valued at over RM3.3 billion since 2010 and had given all of them to their siblings.

MACC deputy commissioner of operations Datuk Azam Baki said about RM52 million in cash were seized from the office and houses of the director and deputy director during a 15-hour raid beginning on Tuesday.

“Today, MACC again seized about RM37 million from a company that we believe is connected with one of the suspects,” he told a packed press conference at the MACC office here yesterday.

Commenting on the case, Azam said the raids were made following a year of surveillance of the officers’ activities after they received complaints of corrupt practice within the department.

“Investigation shows both officers were involved in numerous infrastructure construction projects worth RM3.3 billion since 2010.

“Since the anti-corruption agency was set up 49 years ago, we have never seized so much money from individuals, particularly civil servants,” he said.

Apart from the seized cash, MACC has also frozen the accounts of the four individuals and seized nine luxury vehicles, 94 high-end handbags, jewellery, luxury watches, and RM8.3 million worth of foreign currencies.

Some of the luxury vehicles that were seized by MACC. 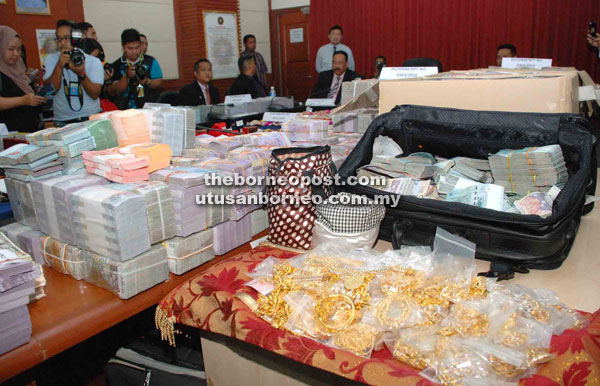 Cash amounting to RM52 million, jewellery, luxury watches and foreign currencies that were seized by MACC during the onset of the case. 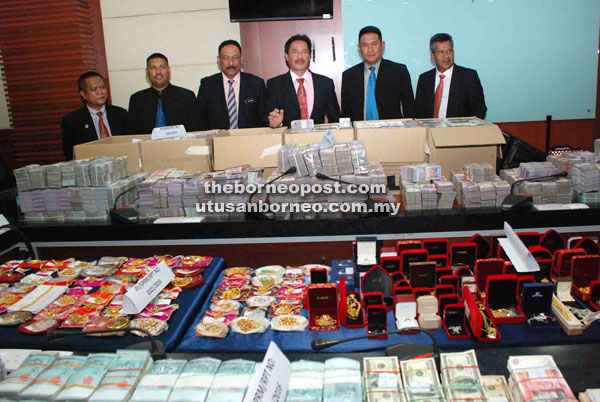 Azam said the MACC had also seized RM2.5 million from a bank safe deposit box belonging to the deputy director and that it was seeking the bank’s assistance to open five more safe deposit boxes soon.

He also said MACC had identified several individuals who were believed involved in the case and would call them for their statements to be recorded.

Yesterday the four people detained by MACC were remanded for a week to facilitate investigations into corruption involving RM3.3bil worth of federal projects.

The case would be investigated under Section 17(a) of the MACC Act, Section 165 of the Penal Code and for money laundering.