Monday, February 6
You are at:Home»News»Sarawak»AirAsia mulls over having LCCT in Sarawak
For the freshest news, join The Borneo Post's Telegram Channel and The Borneo Post on Newswav. 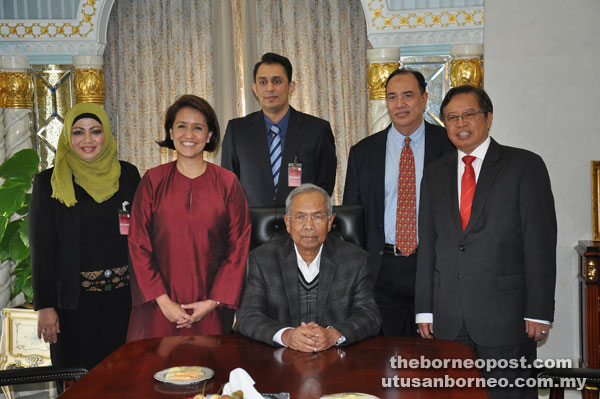 Its chief executive officer Aireen Omar said the company felt that there is a lot of growth potential in Sarawak, besides wanting to assist the state in building its air connectivity.

“We are looking at many international routes as well as domestic routes and in order to facilitate this growth, we propose to have a dedicated low cost carrier terminal so that we can grow it exponentially,” she told The Borneo Post after leading an Airasia delegation to meet Chief Minister Datuk Patinggi Tan Sri Adenan Satem at Wisma Bapa Malaysia here yesterday.

According to her, the routes that the company would be looking at were all those that the company had already established in its group networks, adding: “It’s just a matter of connecting those points in Asean, North Asia, India and Australia.”

Besides wanting to see Sarawak become one of the key regional hubs for the region, Aireen said AirAsia was also committed to seeing that its business in Sarawak grow not only through international connectivity but also intra-East Malaysia connectivity.

“So this is what we hope to do but right now with the current airport, it has reached its capacity and we are trying to find ways on how we can expand and build a dedicated low cost carrier terminal so that we can grow the business in Sarawak.”

When asked whether a location had been proposed for the LCCT, she said this was something that the state government was reviewing, without revealing the location.

Aireen took the opportunity to thank Adenan and the state government for their support that had enabled the company to grow in Sarawak over the years.