Saturday, December 3
You are at:Home»News»Sarawak»All round aye from Sabah, Sarawak

Hansard reveals all Sarawak, Sabah MPs supported amendment to Article 1(2) of the Federal Constitution in 1976 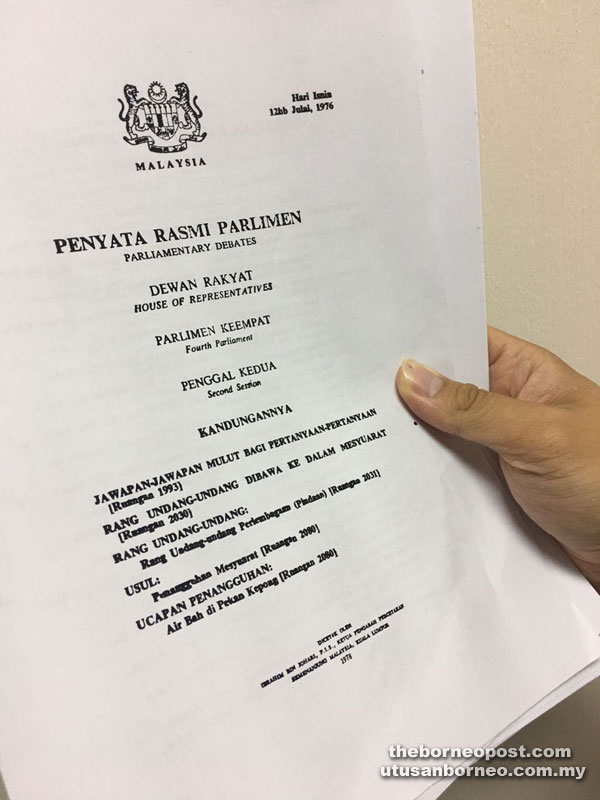 A cover snapshot of a 1976 Parliamentary Debates on the Bill tabled by Datuk Hussein Onn. 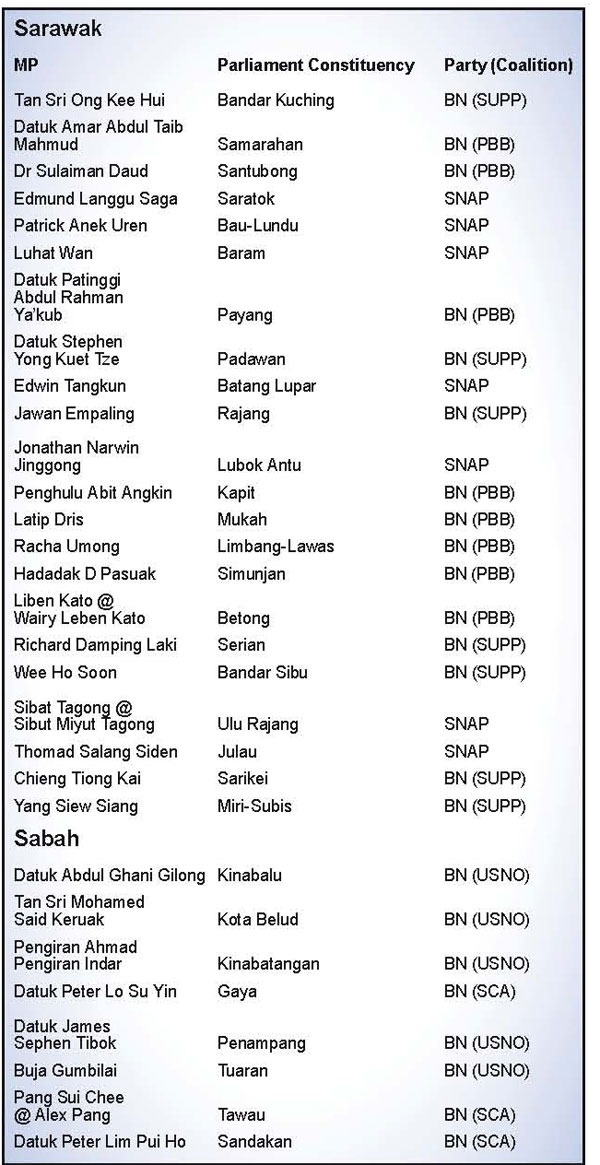 KUCHING: The amendment to Article 1(2) of the Federal Constitution which downgraded the status of Sarawak and Sabah from regions within Malaysia to states when it was debated on July 12 and July 13, 1976 was supported by 130 MPs while four objected.

The amendment to Article 1(2) was among 48 amendments to the Federal Constitution under a Bill tabled by the then Prime Minister Datuk Hussein Onn on July 12, 1976 and was passed on July 13, 1976.

None of the MPs from Sarawak opposed the Bill covering the amendments while the four MPs who opposed were Lim Kit Siang, Dr Tan Chee Khoon, Farn Seong Than and Lee Lam Thye from DAP.

Only two Sarawak MPs Leo Moggie Irok ( Kanowit) and Tin Ling Kiew (Bintulu) were not recorded in the hansard to have supported the amendment but there was also no record that they were against the amendment.

(See table of Sarawak and Sabah MPs who supported the amendment.)

The Borneo Post contacted the then Saratok MP Dato Sri Edmund Langgu on Monday and asked him why he supported the amendment.

He said he could not recall what transpired during the Parliament sitting in 1976 even though he was Deputy Minister of Agriculture then.

“I can’t recall what transpired in Parliament 40 years ago; perhaps I was too busy carrying out my duties as a deputy minister,” he said.

However, Edmund who was the Saratok MP from 1963 to 1987, insisted that he had always stood up for the interest of the state.

After the amendment in 1976, it was stated in the Federal Constitution that the states of the Federation shall be Johore, Kedah, Kelantan, Malacca, Negeri Sembilan, Pahang, Penang, Perak, Perlis, Sabah, Sarawak, Selangor and Trengganu.

Based on the Hansard, only three Sarawakian MPs namely Abdul Rahman, Yong and Latip debated during the two-day sitting but they did not touch on the amendment to Article 1(2).

The Permatang Pauh MP Ariffin Daud who supported the amendment to Article 1(2), said with the amendment, no state was a ‘foreign country’ in Malaysia because Sabah and Sarawak were also included and subjected to the constitution.

Then Rengam MP Chin Hon Ngian, who also touched on the same issue, hoped it would pave the way for better things to come especially in unifying the country of many states and especially between the Peninsular Malaysian states and Sabah and Sarawak where many laws were only applicable in the two Bornean states.

“We hope that this would place all states at par with one another and that one day, all the laws would be applicable throughout the whole nation covering all the states. At the present moment, there are still quite a number of laws which do not apply to Sabah and Sarawak,” he was quoted as saying.

Chief Minister Datuk Patinggi Tan Sri Adenan Satem recently said that Sarawak MPs may propose in the Parliament to reinstate an article of the Federal Constitution to enable the state to regain its powers that had been eroded over the years.

Adenan said before the amendment in 1976, Sarawak and Sabah fell under a different category from Peninsular Malaysian states.

“Before that (the amendment in 1976), it says the states of Malaysia shall be (a) the states of West Malaysia, (b) Sarawak and Sabah and (c) Singapore. Now there is only one category,” the chief minister was quoted as saying.

Patrick Anek Uren, the Bau-Lundu MP then on Monday said that there were only two ways to undo the 1976 amendment to the Federal Constitution that cost Sarawak its rights as stated in the Malaysia Agreement 1963.

One option was through Parliament and the other via the State Legislative Assembly as the august house was a signatory to the Agreement.