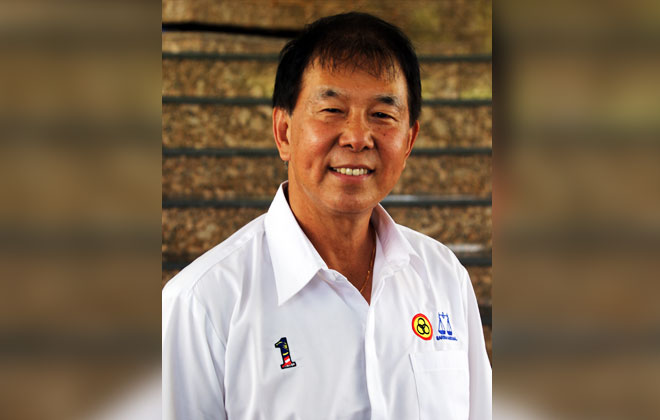 Its secretary-general Datuk Sebastian Ting Chew Yew conceded that party leaders then did not object but agreed to the passing of the amendment to the Federal Constitution in 1976, which reduced Sarawak to one of the 13 states.

“The present leadership accepts this responsibility and on behalf of the party, I would like to apologise to party members and the people of Sarawak as a whole,” he said.

He, however, said the party had repeatedly reiterated its stand that all the discrepancies in the Federal Constitution on Sarawak’s Rights from the covenants enshrined in the Inter-Governmental Committee (IGC) Report and the Malaysia Agreement 1963 shall be fully addressed.

He said the most critical and fundamental ‘discrepancy’ found in the Federal Constitution now was Article 1 whereby pursuant to the amendment in 1976 through Act A354, Sarawak was downgraded from being Region 2 in the Federation of Malaysia to one of 13 states in Malaysia.

SUPP viewed the amendment to Article 1 of the Federal Constitution as significantly fundamental that it has tremendously curtailed the disbursement of federal funds for  Sarawak and Sabah to a level of state, rather than two of the three founding partners.

“In other words, both Sarawak and Sabah have been short-changed in financial allocations from the federal government,” said the party in a statement received here yesterday.

The party reiterated that the motion to demand for Article 1 of the Federal Constitution to be amended to reinstate the original intention of the signatory parties to the MA63 that the formation of Malaysia is an association of equal partners which combines each other’s strength and resources with each individuality retained.

Ting said SUPP agreed with Deputy Chief Minister Tan Sri Dr James Masing’s remarks that all MPs from Sarawak and Sabah shall put aside their political differences and to rally behind the CM’s call to amend the Federal Constitution so as to restore the constitutional position of both Sarawak and Sabah in the Federation of Malaysia.

The party also voiced its concern over the presentation given by Professor Datin Paduka Datuk Dr Ramlah Adam in a recent seminar ‘A Journey To Merdeka: Sarawak in Malaysia last Sunday.

“ She appears not to understand that Sarawak is not a state like any other states in Malaya but as a founding equal partner to the whole of Malaya.

“ Most people would not know that her (Ramlah) own state was not a signatory to the Malaysia Agreement, and as such, not invited to the negotiation table to set up the new nation in 1963. So how can Perlis be on equal status with Sarawak,” asked Ting.

Ting cited constitutional scholar, Emeritus Prof Datuk Dr Shad Saleem Faruqi, as saying that about 650 individual amendments had been made towards the Federal Constitution to the extent that the spirit of the original document had been diluted.

“Therefore what the Sarawak Government is doing now is to use the Cobbold Commission, IGC, Malaysia Agreement 1963 and Malaysia Act 1963, that cannot be altered or overridden by parliament to claim the rights and entitlements which rightly belong to Sarawak in the first place with the signing of the Malaysia Agreement 1963,” he said.