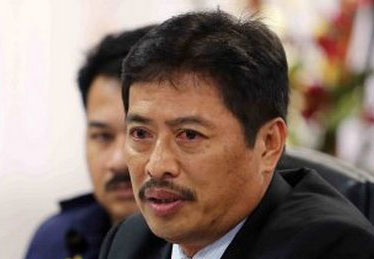 The 19 men, in their late 20s and 50s, were picked up by MACC officers in the second phase in connection with Sabah Water Department’s multi-million ringgit graft scandal.

MACC deputy commissioner of operations Datuk Azam Baki said the arrests were made after obtaining additional information and evidence from documents seized since their first operation on Oct 4.

Azam said the arrests were made simultaneously on Oct 19, at 27 locations involving divisional and district heads of the Sabah Water Department.

MACC also seized about RM4.2 million in cash and froze several bank accounts amounting to RM3.6 millions from some of the suspects.

“Initial investigations revealed that some of the district chiefs had collected between 27 per cent and 30 per cent from contractors who were offered projects from the Sabah Water Department.

“MACC officers have also seized numerous documents and a thorough investigation is being carried out to collect more evidence,” he said in a statement yesterday.

MACC had also applied a remand for all those detained from four different courts but only one was allowed bail, said Azam.

MACC has also stressed that their investigations were concentrated on government officers who were  involved in bribes and abuse of power and have not involved politicians whether at the state level or from the federal government.

MACC therefore urged all parties not to politicize the issue or take advantage of the ongoing investigation.

Due to the extent of the documents being seized, MACC will take time to complete its investigation before handing the investigation papers to the Deputy Public Prosecutor for further action.