Wednesday, October 27
You are at:Home»News»Sabah»MNC vows not to waver on Momogun agenda 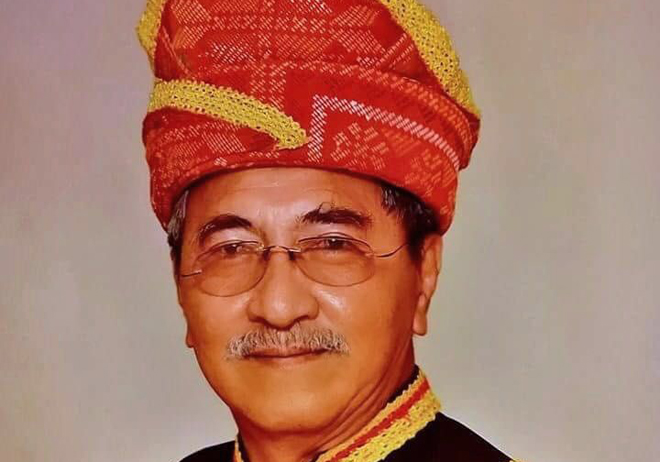 He said MNC was unperturbed and certainly not offended by the negative reactions of the more established local NGOs, but regretted the open criticism and rejection of the term Momogun to the point of extreme hostility without giving MNC the opportunity to explain or reason or work with them.

Sylvester described these attacks as desperate acts by vested political interest in promoting tribal loyalties purely for political gains at the expense of a common national identity.

He was apparently commenting on the recent press statements attributed to USDA president Datuk Ewon Ebin who is also Ranau member of parliament for being heavily critical of the use of Momogun as a generic identity for the dusunic murutic and paitanic speech community.

He said desperate attempts by individuals, organizations or groups discrediting MNC’s efforts in uniting the various ethnic NGOs to actively pursue the greater vision of a generic identity as a common classification for the dusunic murutic and paitanic speech community for use in government official forms and the national statistics would fail.

“Time, truth and sincerity will prevail to fight and expose those being used as lackeys of the invisible enemy to forever divide and rule the Momogun community by promoting tribalism to render them weak and poor,” he said.

Sylvester said MNC leaders were mindful of the controversies surrounding the proposed use of the term Momogun and the likely short term confusion it might create within the community.

But, he said, as an organization with clear visions and goals, MNC was ready for the long haul and would continue to engage the local community at grassroots levels to explain or convince and secure their support for the proposal on Momogun.

“MNC will work with leaders from across the political divide, and for that matter, MNC is thankful to political leaders such as Datuk Seri Panglima Masidi Manjun for their open mindedness on the issue of a generic identity for the natives of Sabah of dusunic murutic and paitanic ethnic heritage,” he said.

He said Masidi as a political Momogun leader had great vision and understanding of the needs of the times as he understood the need to be united under a common identity to be taken seriously by the Federal Government in advancing the cause of the Momogun or orang asal community.

He said MNC expected more criticism to come from those with vested political interest bent on promoting tribal loyalties at the expense of unity and a common generic identity for their political and personal pecuniary gains.

He said there were those out there whose mindsets were fixed, hardened and would go against any notion of a common national identity as a common classification for the Momogun community to be used in government official forms.

“Their extreme disposition in promoting tribal hegemony over others is not only divisive but also destructive to the Momogun community,” he said.

“MNC is acutely aware of the history of rivalry among the more established ethnic or cultural organizations fighting for ethnic or cultural dominance,” said Sylvester who is a former deputy president of Kadazan Society of Sabah (KSS)

But, he said, the 53-year old infighting among these ethnic NGOs had kept the Momogun community forever fragmented, small, weak and powerless.

He said he believed the young Momoguns were well aware of how politicians with doubtful motives had treated NGOs as their personal fiefdom or their little kingdom to advance tribal loyalties to promote their narrow political interest for personal pecuniary gains.

“When is the ethnic rivalry between Kadazan and Dusun for supremacy ends and when are they going to sit down to agree on terminology to include their close relatives, Muruts, Lundayehs or Lumbawangs, Rungus, Tombonuo, Idaan, Begak and so forth.”

He said the rivalry had reached a point where it had become intolerable, shameful and even posed an existential threat to the survival of the native Momogun community who were practically languishing as a backward and impoverished community at the bottom pit of the political, social and economic order.

He said MNC had taken the bold move to propose the term Momogun in spite of being a new organization in response to these 53-year old ethnic confusions, disagreements and infightings which had condemned the Kadazandusun Murut and other closely related native communities in Sabah without a common national identity for 53 years.

Therefore, he said, MNC was not doing anything wrong by responding positively to the call by the Prime Minister of Malaysia for the native people of Sabah to decide for themselves their preferred generic name or common identity to be used in government official forms.

“We are introducing Momogun into the national agenda for discussion through the Momogun National Convention 2016 and we will leave it to the wisdom of the State and Federal leaders to evaluate the suitability and practicality of our proposal,” said Sylvester who is a pioneer in the formation of MNC.

He said in pursuing the Momogun agenda, MNC founding leaders were also motivated and inspired by the success of the Sarawak Dayak NGOs in getting the necessary recognition for Dayak to be the common national identity of the Ibans, Bidayuhs, Kayans, Kelabits, Lunbawangs, Penans, and other closely related native groups in Sarawak to be used in all government official forms.

He said the Momogun community must learn from the success of the Malays, Chinese, Indians and now Dayak on the practical approach to the formation of their common national identity.

Therefore Sylvester described the upcoming Momogun National Convention and the participation of more than 20 ethnic NGOs in active discussions with Momogun National Congress (MNC) on the issue of a generic identity for the dusunic, murutic and paitanic speech community as significant, historic and a momentous event in the history of the Momogun community in Sabah.