Monday, May 23
You are at:Home»News»Sarawak»Deputy mayor: Daily clean-up best way to fight dengue 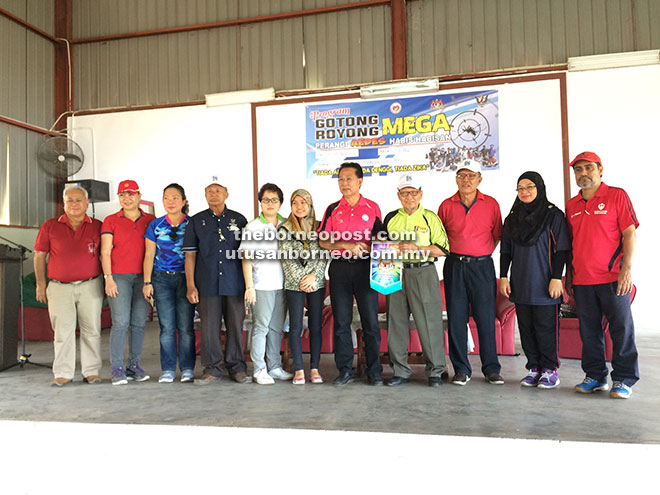 Julaihi (seventh left) presents a memento to Ahmad, witnessed by others.

MIRI: Maintaining the cleanliness of home compound daily is the best way to fight dengue, in that it helps eliminate potential breeding grounds for the Aedes mosquito.

According to Miri deputy mayor Julaihi Mohamad, preventive measures against dengue must be a continuous routine and the people should not depend solely on the ‘once in a blue moon’ ‘gotong-royong’ (work party).

“We should spend at least 10 minutes a day to clear stagnant water within our home compound and discard items that can become breeding grounds for mosquitoes.

“This effort must be on-going in order for the prevention measures to be effective,” he said in his opening address at the ‘Mega Gotong-Royong to Fight Aedes’ at Kampung Pengkalan Lutong here yesterday. 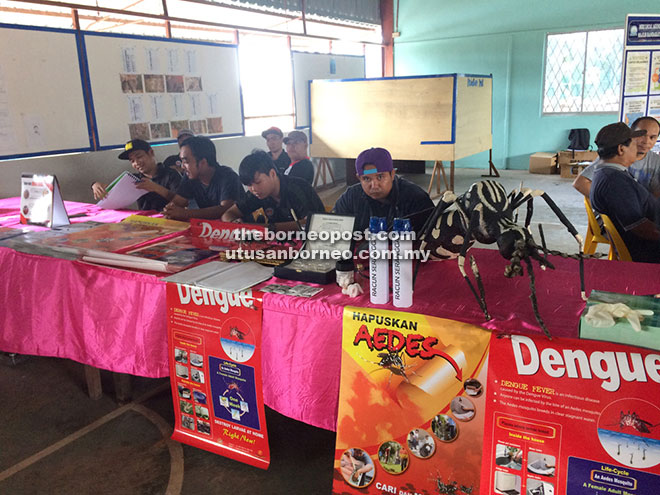 An exhibition that aims to raise awareness of the dangers of the Aedes mosquito and dengue.

Julaihi was representing Assistant Minister for Tourism and Senadin assemblyman Datuk Lee Kim Shin to officiate at the programme, where Lutong community leader Penghulu Ahmad Lamat was also involved in.

“The eggs of the Aedes (mosquito) can survive between seven and 10 days. Once they hatch, the mosquitoes can live up to three months and within this period, can lay thousands of more eggs.

“This is why we must make sure that efforts to rid our environment of mosquito breeding grounds must be on-going. We should spend about 10 minutes daily to clean our compound and get rid of stagnant water which can become one of the breeding grounds,” he said.

The mega ‘gotong-royong’ was a national campaign, held simultaneously nationwide. Kampung Pengkalan Lutong had been chosen as the venue for the programme here.

Apart from the work party, there were also talks on dengue awareness, exhibition, fogging activity and a rubbish collection competition.